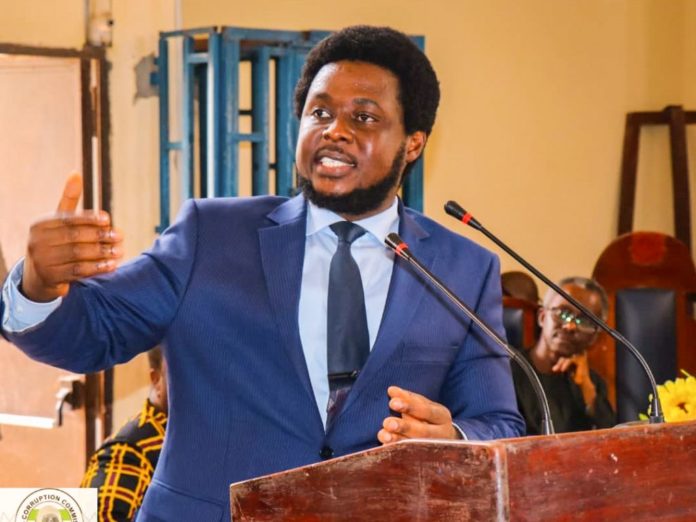 The Anti-Corruption Commission (ACC) on the 19th April 2022 issued a Press Statement in which it stated that its attention had been drawn to public discussions relating to the  issuance of Certificates (Bachelor’s, Master’s, and Doctorate Degrees) by mainly, the Dominion Christian University (DCU) and the African Graduate University (AGU) and that those Certificates are deemed to be “fake” since the afore-said institutions are not accredited to award such certificates.

The ACC further stated that it is also aware of a Press Release issued by the Tertiary Education Commission (TEC) dated 8th April, 2022, in which the TEC clearly stated that AGU is not accredited and is not a recognized University in Sierra Leone.

Moreover, the ACC said it is alleged that some employees within the Civil and Public Service possess these “fake” Certificates not just from the aforesaid universities but other sources of fake or unaccredited institutions and may have used them to gain employments, promotions and other benefits in the Civil and Public Service thereby undeservedly conferring an “advantage” on themselves within the meaning of corruption in the Anti-Corruption Act of 2008 as amended in 2019.

The ACC states that it hereby confirms that recruitments, promotions, assessments, reviews, transfers, punishments etc. within the Civil and Public Service are primarily the functions and mandates of the Public Service Commission (PSU), the Human Resource Management Office (HRMO), the Public Sector Reform Unit (PSRU) and Cabinet Secretariat.

It furthered that, therefore, those aforementioned Departments are expected to provide leadership in ensuring that employees within the Civil and Public Service hold genuine qualifications required for a specific job/position.

“The various administrative and human resources offices/officers within Public institutions also have a responsibility to ensure that proper qualifications are used to access public jobs/positions,” the ACC stated and continued that in a bid to collaborate with these entities in the midst of the on-going allegations that there are persons in the Public Service that hold these fake Certificates, the ACC is calling on ALL Ministries, Departments, Parastatals and Agencies of Government through their Human Resource Divisions/Units or Internal Audit Units to immediately carry out verification audit on ALL Certificates used by employees to gain employment, promotions and other benefits within their respective institutions of work and furnish the outcomes of same to the ACC by way of referral.

The ACC said as a parallel approach it has set up a TASK FORCE comprising Investigators and Prevention Officers, to progressively do a credential integrity review for Public Officers with the mandate to look into employments, promotions of persons within the broad spectrum of the Civil and Public Service, who would have willfully and knowingly used or submitted what would amount to “fake” Certificates/Degrees to confer Advantage on themselves – as the conduct, once established may constitute a corruption offence as stipulated in Section 128(3) of the Anti-Corruption Act 2008 as amended in 2019.

According to the anti-graft institution, the public is further informed that, this should be part of normal administrative responsibilities of institutions and that even the ACC had in 2021 conducted similar verification audit on ALL its staff, and reports that no staff within the employ of the Commission holds Certificate(s) from DCU or AGU.

It was also underscored that the Commission further did a full confirmatory verification of degrees with the respective Universities, including the University of Sierra Leone, Njala University and UNIMAK.

The Commission said one staff who had stated that he had a degree and it turned out he was still pursuing his degree was summarily dismissed by the Commissioner after the credentials audit.

In that light, the Commission wishes to reassure the general public of its resolve to consistently fight acts of corruption at all levels in Sierra Leone, especially in public sector institutions.