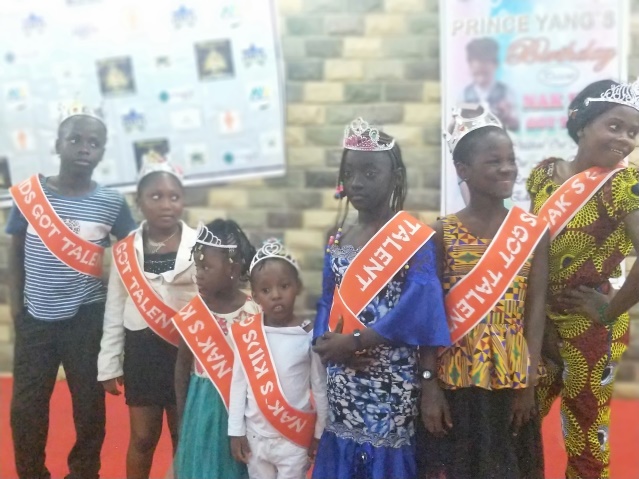 With the avowed objective to empower and support the development of children in the country, Ada Yang one of Sierra Leone’s finest female singers residing in   United States of America, a philanthropist, an iconic figure in China and Chief Executive Officer of QueenNak Foundation, on Saturday 2nd November 2019 offered a 10 acre piece of land to 10 deserving children who won the “Nak Kids Got Talent 2019” at Bintumani Hotel Freetown.

In his address to participants, Mahawa Kallon disclosed that the Nak Kids Got Talent is geared towards identifying the talents and potentials of children in the country, adding that the competition started with an audition when 17 kids made it to the final red carpet event of which 10 kids will win 10 acre of land which is the star prize for the competition plus few building materials and learning materials. She added that the remaining 7 kids will be given consolation prizes of learning materials from Sierra Leone’s best female actress in the Diaspora, Winstina Taylor Princess Manoh Sesay residing in Boston.

She added that the Foundation is poised to empower more children across the country with different activities that will add value to them.

She called on the children to make good use of this opportunity as such will benefit them and their family members.

Aminata Foday Kamra, one of the beneficiaries applauded the Foundation for the gesture which she said is not only important to them but really timely as owning a land in Sierra Leone is a big challenge.

She said winning the Nak Kids Got Talent was not a surprise to her as she has a God-given talent which she has been so passionate about stating that participating in the competition was really her dream to showcase her talent to the world.

The event was climaxed by the distribution of certificate to deserving personalities who have served the QueenNak Foundation and making the said event a success. 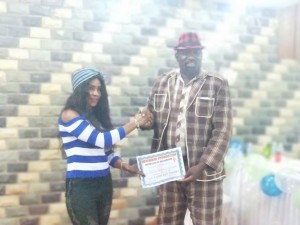 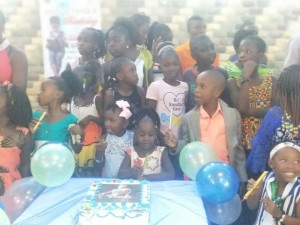