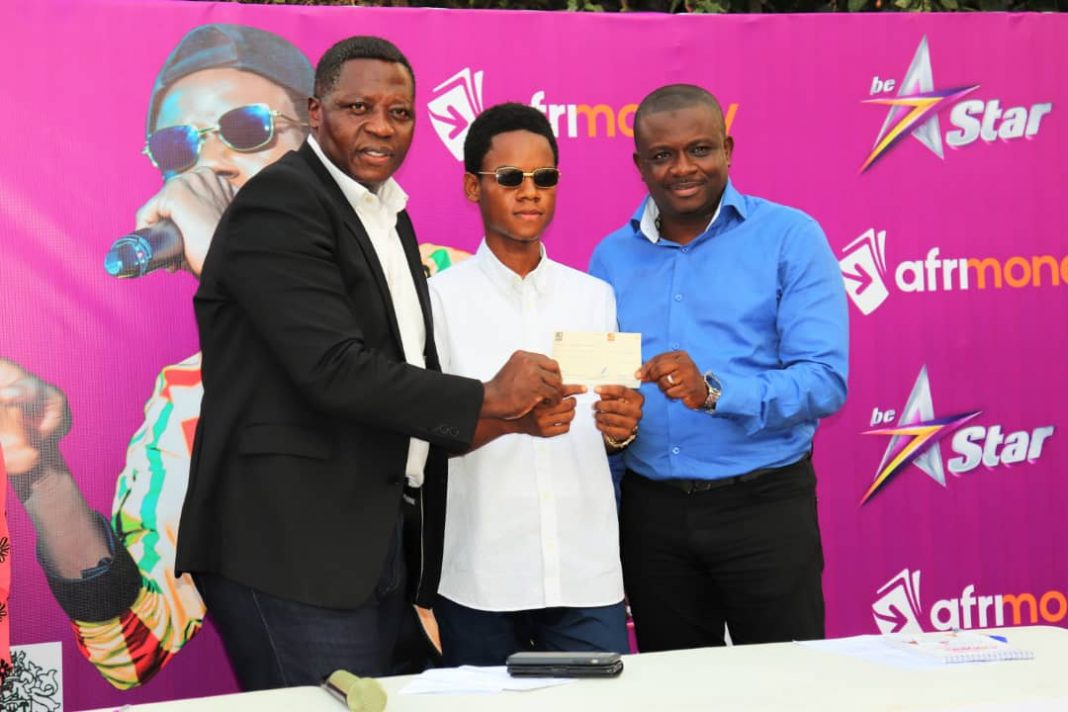 During a ceremony held at the headquarters of Africell-SL at Wilberforce in Freetown on Thursday 7th February 2020, the winner of the Star Prize of Le 50 million, Mohamed Larkson Mannoh Sesay was officially given his prize, amidst cheers from guests and staff of both Africell and AYV. Present at the ceremony were the CEO of AYV, Ambassador Anthony Navo Jnr., Corporate Affairs Manager, Joe Abass Bangura, some participants in the Be a Star show and members of the press.

Speaking on behalf of AYV,  Amb. Navo expressed appreciation for what he described as the first ‘Be a Star’ show in the country and praised the participants for their display of fine talents. He further stated that the AYV is desirous of promoting the development of young people in the country, just as Africell. He stressed that they are not competing, but implementing their shared beliefs and the effort of the government to enhance the development of the youths. Stressing that it is the reason why they created the platform. He furthered that in the second edition, they will ensure that they reach out nationwide and having learnt lessons from this maiden edition, they will do the needful in the next. He maintained that he believes in tapping the resources of the young and he is proud of the achievements that both Africell and AYV have been able to make.

Presenting the Star Prize of Le 50 million cheque to the winner, Joe Abass Bangura, Africell’s Corporate Affairs boss, beaming with joy, said that the marriage between AYV and Africell is a transformative one, both being amplified as the best TV and GSM company in the country. He declared all the participants as winners, maintaining that the choice of the winner was a tough one for the judges, as all the participants performed extremely well.

He stressed that ‘Be A Star’ is just an event and encouraged them to focus on building their career. Handing over the Le50 million cheque to the winner, Joe Abass Bangura disclosed that, apart from the cheque, Larkson will get Le250, 000 talk time and 5 GB monthly for a one year period, the other participants will get GBs too. He also stated that some of the participants had already received scholarships from the first lady and consolation prizes.

Deputy Head of Media Nancy Turay commended the participants and AYV and encouraged other Sierra Leoneans to emulate the venture of their compatriots. 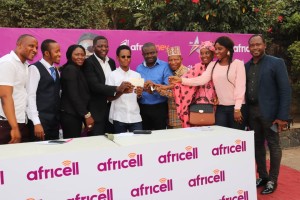