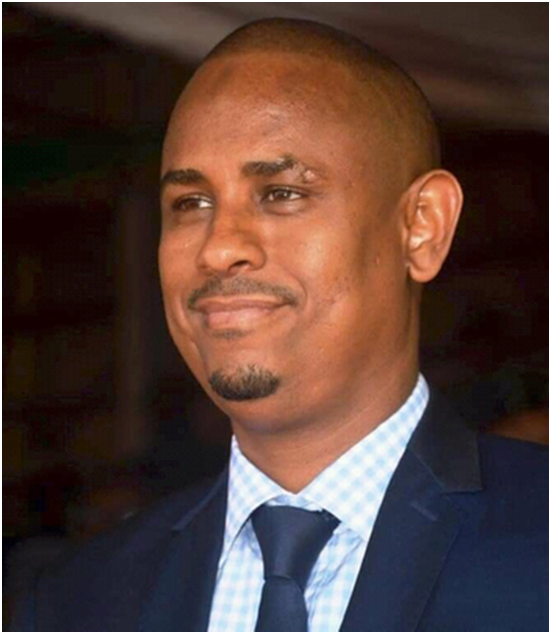 Leader of the main opposition All Peoples Congress (APC) Party in Parliament, Hon. Chernor Maju Bah popularly known as Chericoco has expressed his impressions about the ongoing voter registration process.

He stated that the voter registration process for the 2023 elections, which started on the 3rd of September 2022, has continued to attract an impressive turnout of citizens at registration centers across the country.

According to him such portrays the determination of citizens to exercise their constitutional right and responsibility adding that the June 2023 General Elections would be crucial to the nation’s unity, peace and development which is why he is heartened by the huge turnout thus far. Hon. Chernor Maju Bah maintained that credible elections start with a credible registration process and so he is disconcerted by the persistent challenges hampering a critical electoral process.

He said since the commencement of the exercise, Members of Parliament (MPs) of the All Peoples Congress (APC), including its leadership, have been actively engaged in monitoring the exercise, identifying, and collating details of the existing and emerging challenges with an objective is to facilitate the participation of their constituents in the process.

Chericoco stated that as the Leader of the Opposition in Parliament, he has, with grave concern, witnessed and also been receiving updates, indicating that the process is fraught with challenges which should be addressed as soon as possible.

He said some of the key challenges identified are: Logistics and Technical Challenges.

According to him, most centers do not start on time and in some cases, will ironically stop the registration process before the prescribed closing time of 5pm. He said in the first few days in particular, the challenges ranged from constraints relating to the transportation of registration equipment to the centers; delays in setting up of the centers; deployment of equipment in the wrong centers and districts; the unavailability of login pass codes amongst others.

The other ,he named, was Malfunctioning of Equipment.

The Legislator claimed that there has been a recurrence of failure of equipment for the capturing of biometrics, personal data and photographs, in some of the centers. He continued that there are complaints that computers are freezing rather too often; their batteries serve for very limited number of hours, and in many cases, there are no back up batteries or charging facilities.

He said first time voters are being confronted with challenges in the registration process maintaining that ECSL staff are not consistent with the required criteria for the registration of that important group of citizens. The Parliamentarian underscored that the controversy around the use of birth certificates, school documents, identification by community leaders, are all being interpreted differently by ECSL staff, thereby hampering the registration process.

The Leader of the main opposition All Peoples Congress (APC) Party in Parliament pointed out that it should be noted that the Public Elections Act is very clear and unambiguous on the eligibility requirement for the registration of voters. He said a birth certificate can be used as a form of identification and in the instance where a birth certificate is not available, a Pastor, Imam, Councilor or any other community leader, can be called upon to identify and vouch for the person.

He lamented that reports abound of instances wherein a limit is placed on the number of persons a community leader can identify saying that is not part of the law.

The APC Parliamentary Leader also mentioned Capacity and Attitude of the ECSL Staff as an impediment.

He said information from some of their MPs on the ground referenced with concern, the condescending and confrontational approach with which some of the ECSL staff relate to their clients – the public; as well as the lack of proper ICT and technical knowledge to perform their duties.

Uneven/Disproportionate Allocation of Registration Centers was also stated by Hon Chernor Bah as another impediment. He mentioned how he has also noted that the number of centers per (area/village) particularly in the Northern and Western Areas are fewer than those in other parts of the country.

According to him, in the rural areas of the affected regions, citizens have to endure the burden of trekking for hours in order to access registration centers pointing out such is a key disincentive for participating in a very critical electoral process, especially by older people and the physically challenged.

He said while they grapple with all of those challenges, he would like to highlight two other very critical issues: The first is ECSL’s cumulative registration figures for the first 4 Days.

Hon Chernor Bah stated that on Wednesday 7th September the Commission announced a cumulative figure of about 415,465 which it says represents the total number of registrants for that period. He said his expectation was that such update ought to be disaggregated by centers and made available on a daily basis, especially to political parties.

He said the second issue is the use of unverified existing data to update the voters roll maintaining that as far as he is aware, political parties have not been intimated about ECSL’s existing data.

Chericoco stated that the public would note that the current registration exercise is in two phases. One is the fresh registration of eligible citizens. The second is an update of existing data already with ECSL.

However, he said there is lack of transparency and inclusiveness relating to the existing data which raises questions about the comprehensiveness, accuracy, and reliability of such data.

He argues that if political parties are not given the opportunity to verify some of the data which would eventually constitute the voter roll that may impugn the integrity of the process.

“I therefore urge that the data which existed before the start of this registration process be made available to political parties for verification,” he requested.

The Parliamentarian disclosed that he had several conversations with the Electoral Commission and several other stakeholders, with the aim of ensuring that an integrated approach is adopted to addressing the challenges as soon as possible.

He said he also noted that the Commission has acknowledged some of the challenges, made a commitment to address them, and to ensure that every eligible Sierra Leonean exercises their constitutional right and responsibility.

However, he stated that it is astonishing that after seven 7 days, logistical challenges such as distribution of booklets still persist. Giving an instance he said on Saturday 10th September, 2022, in Constituency 124, Ward 429, Christ Church Primary School Center Number 16156 in the Western Area Urban, registration was done for a few hours only and the center had to close down owing to lack of registration material.

He said it beggars belief that such challenges could still affect the registration process in the nation’s capital.

Chericoco maintained that in a democratic state like ours, citizens must be able to elect their leaders through the ballot box in a process that is seamless, free, fair and credible.

He said as he pointed out at the opening    of his statement, credible elections start with a credible voter registration process he is therefore kindly urging ECSL to take the necessary steps to actualize the commitment of ensuring that every eligible citizen is able to register.

Expressing profound thanks and appreciation to all those who have already registered, he used the opportunity to kindly encourage every eligible Sierra Leonean who has not yet done so, to exercise patience in their endeavour to register.

“Your power to vote for your next leaders in the June 2023 elections lies in making sure that you register, no matter the difficulties,” he encouraged adding that as he looks forward to a peaceful, transparent and satisfactory conclusion of the process, he is sending good wishes to all.