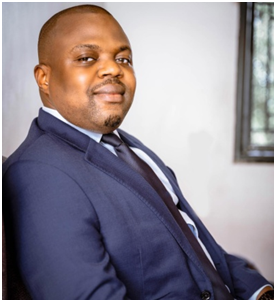 One of the most vociferous Civil Society Organizations operating in the country, the Campaign for Human Rights and Development International (CHRDI) , has strongly condemned the reported violent murder of Ms Sinnah Kai-Kargbo as alleged by her former boss at Skye Bank (Sierra Leone) Limited this month (October 2022). The reason of death remains unknown to the general public.

CHRDI says Sierra Leone is a nation of laws that gives primacy to the rule of law further maintaining that as a country that has signed several treaties the challenge for the administration is to show that it is serious and committed to meeting its treaty obligations.

The CSO said it also needs to be open and honest about how it investigates human rights violations so that the people who broke the rules can be brought to justice and the rest of the world can see that victims have a way to get justice.

CHRDI says it is calling on the Government, especially the security sector, the Director of Public Prosecution, and the judges to ensure that the rule of law still prevails and justice is dispensed with haste adding that transparency, fairness, and due process must be paramount in the investigation and prosecution of cases.

According to the CSO, such will be to the benefit of the State as it will show the international community that the Sierra Leone justice system can be depended on and is working.

CHRDI disclosed that it has recorded a staggering number of human rights abuses in commercial banks in Sierra Leone including alleged unlawful deaths and sexual harassment.

“We are very worried about the high number of killings and violations of human rights that are happening all over the country in what seems to be a climate of official and institutional impunity”, stated A.M. Fatoma, Chief Executive Officer of CHRDI.

The organization revealed that in the past three years, they have repeatedly brought to the attention of the Government cases alleging a range of gross human rights abuses and violations, such as sexual harassment, sexual penetration, gender-based violence, unlawful detentions, including children, persons with disabilities, trade union and land rights activists.

Those cases, says CHRDI , also included allegations of arbitrary detention, torture, inhuman or degrading treatment, gender-based violence against women human rights defenders, attacks on the independence of judges and lawyers, freedoms of expression and of assembly, as well as people’s rights to food and health.

CHRDI says it is sad to say these cases are just the tip of the iceberg as every day many more are reported.

“It’s time for the Government of Sierra Leone to do something about these repeated attacks on women’s human rights at work, especially in financial institutions,” the Chief Executive Officer of CHRDI recommended.

Campaign for Human Rights and Development International (CHRDI) is a rights-based social policy advocacy organization. We draw attention to the responsibilities of duty-bearers to uphold human rights and seek to support rights-holders to claim their rights. CHRDI is in Special Consultative Status to the United Nations Economic and Social Council and accredited to several UN Agencies.

CSOs Unequivocally Call for the Resignation of the Bank Governor