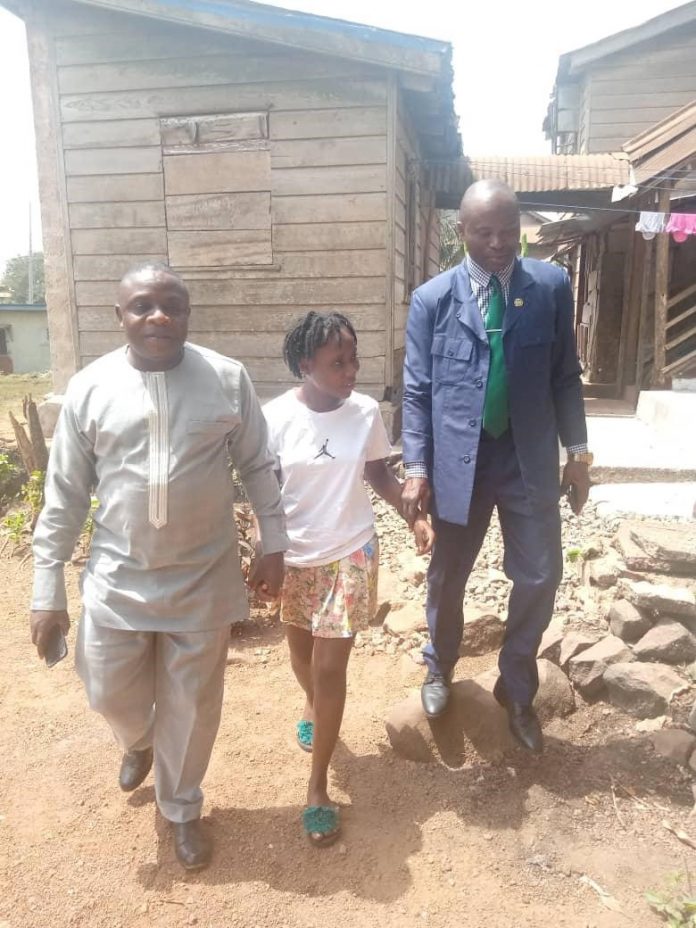 Dr. Dennis Sandy, who has been rated as a very hardworking and caring Minister of Lands and Country Planning has given confidence to the school authorities of the Late Lady Patricia Kabba Primary and Junior Secondary School when he paid a visit to the school accompanied by his Deputy, Mr Rex Bonapha which was under siege by land grabbers, last week.

The school which bears the name of the late wife of the late President Kabba and which stands in the Hill Station Area, West of Freetown, was facing a lot of problems from neighbours who were encroaching into the territory of the school and causing much headaches for the school authorities and pupils who attend the school with classes being disrupted on a daily basis.

In order that the fears of the school authorities and those of the pupils themselves, will be allayed, Dr Sandy went along with his able Deputy, Mr Rex Bonapha to assure them that as Minister of Lands he will never allow for President Bio’s flagship of education for all, to be troubled or discouraged by any one through the grabbing of school property. He assured that this will never happen again.

Dr Sandy told teachers and cheering pupils that the rights of the school shall be restored and that in the near future the school’s own perimeter will be properly marked out so that encroachment from outside will be a thing of the past.

Dr Sandy told them that this Government is committed to the Free Quality Education and that includes giving priority to education in the country and protecting property that belong to all schools all over the country.