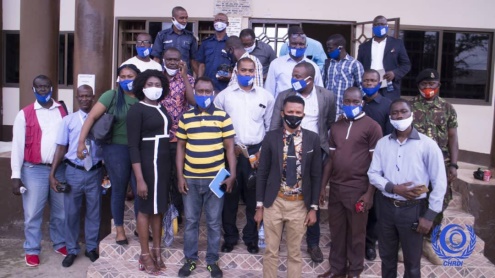 A town hall meeting was held on the 26th August 2020 at the Makeni City Council Hall during which was geared towards engaging relevant stakeholders on promoting Peace and Social Cohesion in Makeni, Northern Sierra Leone. The meeting was convened by Campaign for Human Rights and Development International (CHRDI) and the West African Network for Peace (WANEP), in partnership with the United Nations Development Programme (UNDP) and the Government of Sierra Leone.

Speaking during the event, Chief Executive Officer of CHRDI, Abdul Fatoma, said his organisation has a new vision for the empowerment and engagement of youths in Sierra Leone focusing on education as an important priority which will allow young people to develop the country.

“There are a number of youths within the security sector (army, police) who could contribute to nation building and engage in developmental programmes like infrastructure, agriculture, teaching and vocational training,” he opined.

The two organisations are using an all-inclusive community security and social cohesion approaches, which will empower communities to identify the drivers of conflicts in their communities in a participatory manner, using an integrated and gender sensitive approach.

It is expected that the engagement will help support the communities to effectively prevent, manage and resolve conflict in a non-violent manner. At the same time, the project will also strengthen community relationships by identifying and strengthening cultural, social and economic connectors that make communities reliant on each other in times of peace and conflict, across sex and age divide. 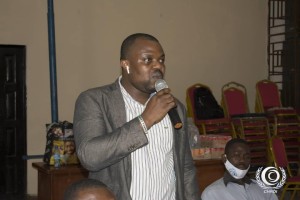 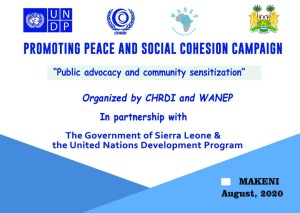