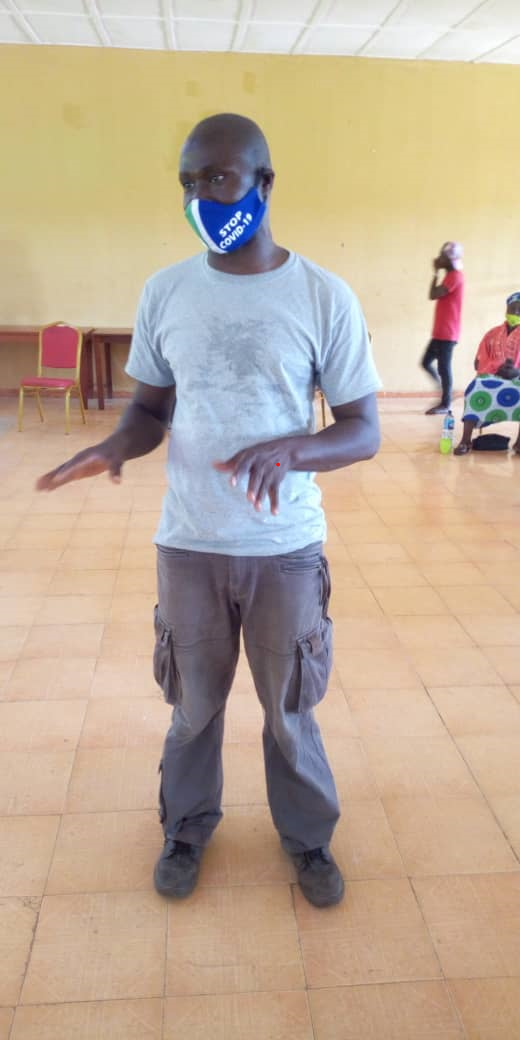 Paramount chiefs, politicians, the youths and other stakeholders of Kambia district have hailed the efforts of the Kambia  District COVID-19 team headed by Mohammed Mustapha Dumbuya for demonstrating exemplary leadership in the fight against the virus.

It could be recalled that since the inception of the District COVID-19 office, the team has been working relentless to minimize the continued spread of the corona virus within the district. It was gathered that the Kambia DICOVERC recently embarked on series of sensitization tours across the ten chiefdoms in the district. The move  was primarily aimed at educating the Paramount Chiefs, chiefdom stakeholders, traditional healers, ‘soweis’ on the need to refrain from their normal traditional practices  and report any case of illness to the nearest health facility within their communities.

The District Coordinator Mr. Dumbuya, in his efforts to further demonstrate  his commitment to  the fight against COVID-19, convened a grand meeting recently at the Kambia District Council Hall that attracted  traditional healers, ‘soweis’ from some chiefdoms where discussions were held on the need to work collaboratively to combat the virus in the best interest of the district.

In a similar move residents of Madina town in the Tonko Limba chiefdom as well as traditional healers and ‘soweis’ from other chiefdoms including Brimaya were invited by  the hardworking  Coordinator to chart the way forward.

When contacted for his reaction, the National Coordinator of the COVID-19 Response Team, the retired Brigadier Kellie Conteh said he is impressed by the level of hard work and commitment demonstrated by the Kambia DICOVERC team.

In a brief discussions  with the Sierra Leone Ambassador to Guinea (also an indigene of Kambia district), Alimamy Kamara, he commended the Kambia DICOVERC team noting that the Government, headed by President Julius Maada Bio is indeed committed in the fight against COVID-19.