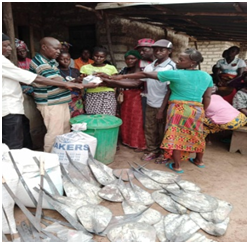 Kingho Mining Company Limited (a subsidiary of Leone Rock Metal Group) through its CDAP project has for the second consecutive raining season launched a full-swing agriculture project to support women farmers in its operational areas. This comes at the time when the communities are undergoing the planting rainy season, an act which has been warmly received by many in the operational communities.

It must be recalled that one of the fundamental pillars of the Community Development Action Plan (CDAP) Projects of  the company is geared toward supporting women in agricultural production in the operational communities of Simiria, Dansogoia and Sambaia chiefdoms in Tonkolili District, Northern Province of Sierra Leone.

The uniqueness of the 2022 women in agriculture project is that the relocated communities of Foria, Wondugu and Ferengbeya are treated as  a separate entity. Hence, they are given their own quota of cash donation.

It is worth noting that Women in Agriculture Project is Kingho Mining Company’s adherence to the content of the CDAP which was approved by the Environment Protection Agency (EPA). Also worth noting is that the projects in all three chiefdoms were identified by the community themselves to help the women boost their livelihood and sustenance.

In another development, through its Corporate Social Responsibility (CSR) Kingho Mining Company has undertaken the rehabilitation of the Kemedugu- Sasakala road in Dansogoia Chiefdom. The project seeks to create a safe and road-friendly means of transportation for residents of the remote ends of the mining concession communities. It is also geared toward showcasing that Kingho Mining Company is socially responsible to the general well-being of people in its mining areas. 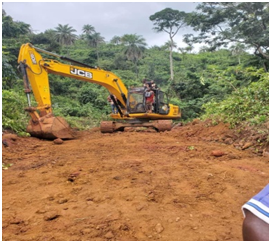 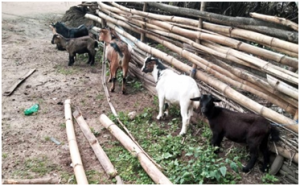 Kingho Hands Over to Residents of Kamasondo CDAP and CSR Projects