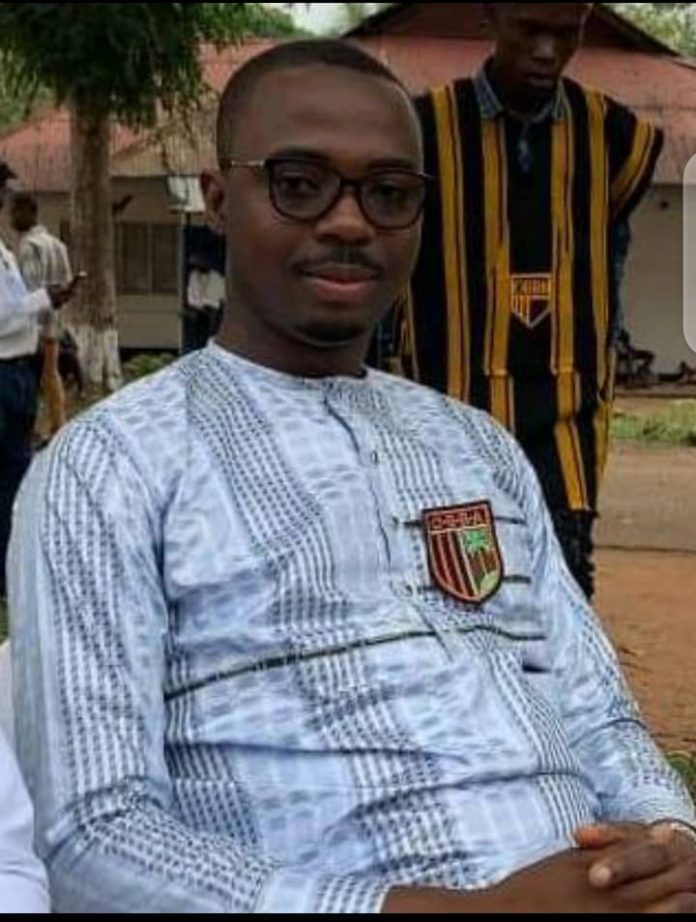 Ibrahim Sannoh has been appointed by President Julius Maada Bio as the substantive Executive Director of the Sierra Leone Road Safety Authority (SLRSA), the institution charged with the responsibility to regulate and co-ordinate development in the road transport industry plus anything connected to that.

Sannoh is a seasoned administrator who until his appointment was the Deputy Executive Director of the Authority in charge of operations. He is on record to be the youngest person to serve in the position since the establishment of the Authority by an Act of Parliament in 1996.

The achievements of the current dispensation at the SLRSA cannot be mentioned without stating the role Sannoh played. He was very instrumental in the implementation of a Robust ICT Platform that enhanced the interconnectivity of SLRSA offices across the country. He is part of those who facilitated the establishment of more branch offices in all district headquarter towns and border crossing points in Sierra Leone.

Sannoh was part of those who contributed extensively during the recruitment, training and deployment of more Road Safety Corps to ensure robust Enforcement of Traffic Laws and Regulations and thus change the many negative stories on our roads.

Born in Bo town to Mr. and Mrs. Alfred Sannoh, the new Executive Director attended the Saint Francis Primary School in Bo and later proceeded to the Bo Government Secondary School, The Bo School. His excellent academic performance catapulted him to the enviable position of Senior Prefect of the school in the 2005/2006 academic year, when he successfully sat his West Africa Senior School Certificate Examination.

Popularly known as S.P. Sannoh among his peers, he later gained admission at Fourah Bay College, University of Sierra Leone, where he graduated with a very sound Bachelor of Arts Degree in Linguistics and Political Science. His rise to political prominence started during his days at Fourah Bay College where he was a Student Activist who believes in advocating for the maximization of students’ welfare on campus.

As a loyal and registered member of the ruling Sierra Leone People’s Party (SLPP), he was Personal Assistant to Dr. Kadie Sesay, the 2012 Presidential running mate to Retired Brigadier Julius Maada Bio. As an astute Public Administrator, in 2013, he was the Business Developer of Trans Sahara and also worked with Peninsular Innovative Group. With Wealth of knowledge in the private sector, he later became Chief Executive Officer of Favour Investment.

Ibrahim Sannoh was Outreach and Planning Coordinator for Julius Maada Bio Campaign across the country in the period leading to the election of the latter in April 2018.

As the Executive Director of the SLRSA, Sannoh’s responsibility is to provide the required leadership to design, develop and administer rules and regulations regarding road safety and transportation.

Many Political Commentators describe him as a “Worthy Example, Filled With So Much Humility and Compassion”

He is married to Theresa with three lovely children.