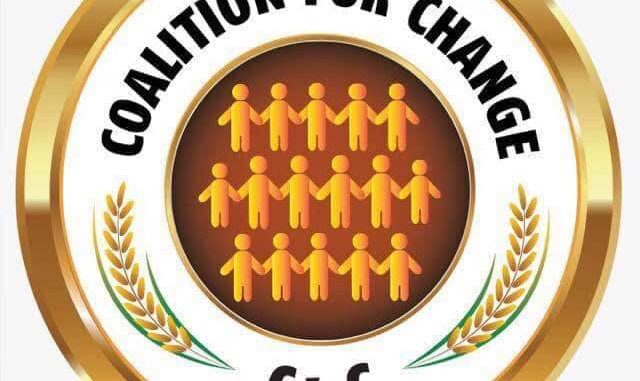 Following the official resignation of the leader of the Coalition for Change (C4C) Party, Chief Alhaji Samuel Sam Sumana, the party has appointed Hon. David Bai Conteh, former APC MP for Yele in the Tonkolili district, Northern Region of Sierra Leone as their leader.
Chief Sam Sumana said in his letter of resignation dated 4th January, 2020 that he was leaving the C4C Party to enable him continue his political journey through his former party, the APC. He was disgracefully expelled from the APC party and subsequently sacked as Vice President of Sierra Leone in 2014.

He challenged his wrongful dismissal by former President Koroma in March 2015 at the ECOWAS Court in Abuja, Nigeria.
Chief Sam Sumana thanked the people of Sierra Leone, particularly the people of Kono district for their loyalty and support and every individual at home and abroad for their support and cooperation to him and C4C. The C4C got eight MPs in Kono district.
The National Chairman of C4C Party, Mr. Tamba Sandi expressed shock at the decision of their leader to resign from the C4C Party and described it as a great loss to their party. He said that they will continue to serve the people of Sierra Leone and work with the ruling party.