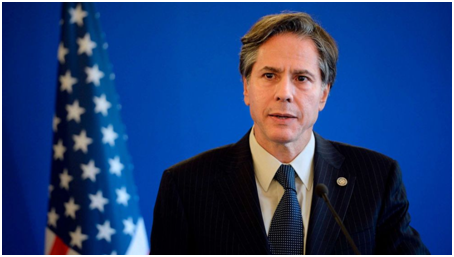 In a Press Release dated 2nd November 2022, the Sierra Leone Association of Journalists (SLAJ) and the National Security Sector institutions joined the world to commemorate the International Day To End Impunity For Crimes Against Journalists, and to reiterate their collective commitment to work together, and with other stakeholders, to ensure the safety and security of journalists and the maintenance of Law and Order in Sierra Leone.

It was stated that the 2nd November 2022, marked exactly one year since the historic signing of a Memorandum of Understanding between SLAJ and the security sector institutions to work together in that regard. In the spirit of working together in the interest of the general good, the parties committed to the values of Non-partisanship, Neutrality, Independence, Professionalism, and Objectivity in the discharge of their duties.

Highlighted was that within this period, under the platform of the Media Reform Coordinating Group (MRCG), the parties have developed a framework and a national policy on the safety and security of journalists in Sierra Leone.

In addition, a National Coordination Committee on the Safety and Security of Journalists in Sierra Leone has been established, comprising media stakeholders, the security sector, the Judiciary of Sierra Leone, Civil Society, traditional, and religious leaders.

Furthermore, it was pointed out that a joint training for personnel of both the media and the security sector is being planned ahead of the public elections to promote understanding of the role of the media and the role of the security sector and to foster partnership, cooperation, and support for each other to ensure free, fair, transparent, credible and violence free elections.

“In spite of these positive developments in the media-security relations, we need to manage expectations that this does not mark the end to clashes between journalists and the security sector personnel. Rather, there is now a concerted effort to create platforms to prevent and resolve such issues amicably,” said SLAJ President, Ahmed Sahid Nasralla.

In the same vein, the National Coordinator, Office of National Security (ONS), Abdulai Caulker, said: “It is expected that the media and security sector should be complimentary to each other in order to ensure tranquility in the society. We hope this cooperation will continue and strengthened in the interest of public good.”

Meanwhile, the public has been assured that the two will continue to collaborate and support each other in the discharge of their national duties within the confines of professionalism.

In line to end impunity for crimes against Journalists,  the Secretary of State Anthony Blinken of the United States of America, in his twitter stated that no member of the Press should be threatened, harassed, attacked, arrested, or killed for doing their job.

He added that on International Day to End Impunity for Crimes Against Journalists that they vowed to continue to protect and promote the rights of a free Press and the safety of journalists.