One of Sierra Leone’s leading GSM mobile operators, Orange Sierra Leone, has on Wednesday 4th December, 2019 pledged 100 million Leones to the Premier Ledge Board, a gesture geared towards supporting the 2019/2020 Sierra Leone Premier League Championship competition. This disclosure was made during the signing of a Memorandum of Understanding (MOU) between Orange-SL and the Premier League Board at the Orange Head Office on Hill Station in Freetown.

Chief Executive Officer of Orange Sierra Leone, Aminata Kane, stated that her company is committed to support the PLB underscoring how football is very close to the hearts of Orange-SL subscribers not only here in Sierra Leone but in Africa and the world as a whole.

She maintained that as a leading GSM mobile operator in the country they have been rendering supports to different sectors in their own capacity in order to contribute to the overall development of the country.

The CEO assured the Premier League Board of their full support in order to enhance the smooth running of the football competition, noting that they will ensure they communicate widely to give the populace updates about the competition and the achievements of the Board. She ended by thanking them for the partnership furthering how they are looking forward to have a fruitful partnership with them.

Chairman of the Premier League Board, Allieu Vandi, applauded Orange-SL for giving their support to the Sierra Leone Premier League Championship competition adding that the Memorandum of Understanding will enhance the smooth running of the competition.

He said prior to the signing of the MOU they have been engaging Orange-SL stating that they are very grateful for the gesture pointing out that on behalf of the Premier League Board they are expressing their warmest appreciation to the telecommunications company for the offer saying they are the first company to throw their support behind the Premier League Board.

In disclosing the package encapsulated in the Memorandum of Understanding (MOU), he revealed a 100 million Leones pledge by the company to the Premier League Board. He also added that Orange-SL will provide them with a media platform through which games will be aired live as Orange-SL is in partnership with major media houses in the country.

He also disclosed that Orange-SL is also working on a short code that will be out soon in order to give live SMS updates about the games, adding that Orange-SL has also consented that 70 percent of the revenue generated on the value added service will go to the Premier League Board. 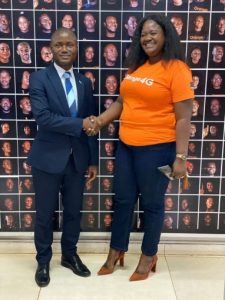