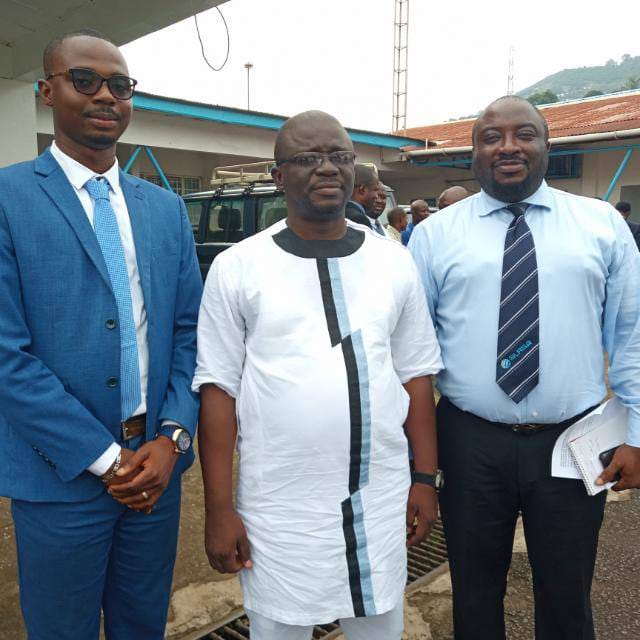 The erstwhile Executive Director of the Sierra Leone Road Safety Authority (SLRSA), Mr. Maurice David Panda-Noah, on Monday 18th May 2020, bade farewell to the management and staff of the SLRSA, as he is set to take up his new assignment as the country’s Minister of Internal Affairs.

In his farewell address to the Management, Panda-Noah said he was very pleased with the level of support and corporation he enjoyed from them during his almost 2 years’ service as Executive Director of SLRSA. He noted that he was able to bring tremendous and positive transformation within the Authority because of the overwhelming support from the Board of Directors, Management and Staff of the Authority. “My tenure would not have been successful without your support, and for this reason I want to express my sincere appreciation to you all” he said.

He admonished the management and staff to throw their unwavering and undivided support to his successor, Mr. Ibrahim Sannoh, who has been appointed by His Excellency Julius Maada Bio to steer the mantle of leadership of the Sierra Leone Road Safety Authority. “I trust Sannoh will deliver,” he said.

Mr. Ibrahim Sannoh, the new Executive Director of SLRSA thanked his predecessor for his relentless and selfless service to nation building and assured that he will continue with the transformative strides in restoring the much needed sanity on our roads.