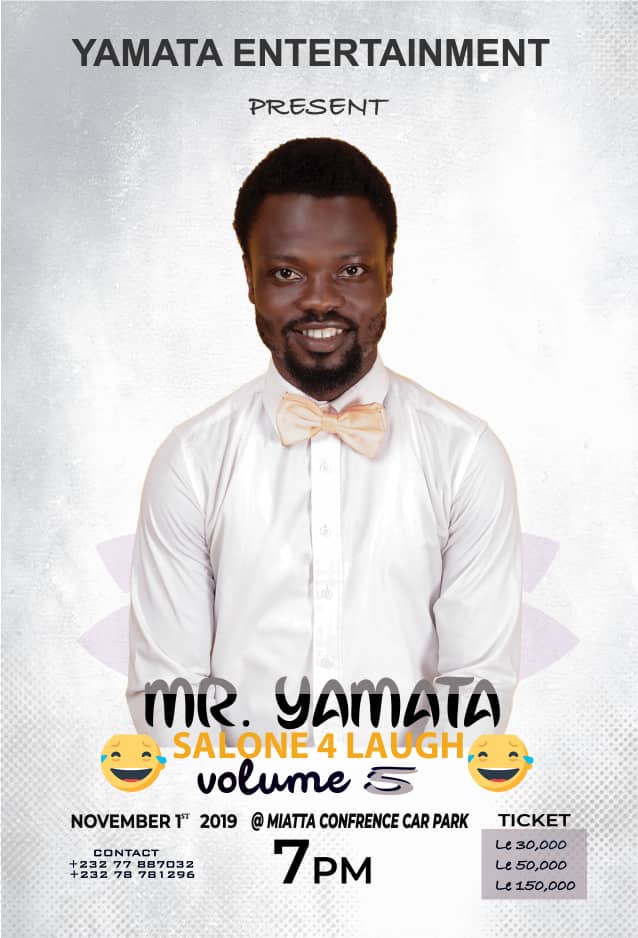 Shiaka Kamara popular on stage ‘Yemata D Laughing Matter’ will host his 5th comedy show on the 1st November, 2019 at the Miatta Conference Centre in Freetown. Yemata is an outstanding stand-up comedian in Sierra Leone who has earned his reputation over the years. The ‘Laughing Matter’ is known for his humours, pranks and funny jokes, who usually dislocates his audience from their sitting positions.

He is one of the most educated stand-up comedians in Sierra Leone, with Diploma in Cultural Studies, Division One in History and Sociology, a Masters in Diplomacy and International Relations, and currently he is a second year Law student. He has an international connection with several super stars in the world of comedy. Two years back, he brought Aboki 4 Christ from Nigeria in a night of laughter. Well prepared and fit for any corperate event. He cracks  jokes in both English and Krio.

As usual, part of the proceeds from the show will be donated to underprivileged people in society. Support Yemata on the 1st November 2019 at the Miatta Conference Centre in Freetown for Le 30,000.