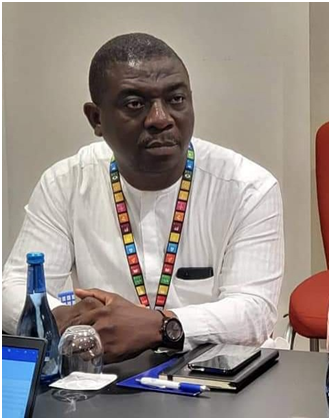 A high-powered delegation from Sierra Leone represented the country at the Mobile World Congress (MWC) and Policy Leadership Forum in Kigali.

The Mobile World Congress Africa and Policy Leadership Forum is the first to be held in Africa. MWC Africa which brings together a variety of industry sectors, business leaders, and policy makers within the region’s mobile ecosystem over a three-day event that started on Tuesday 25th ended on the 27th October 2022.

In all of these meetings, there was a general consensus that Africa’s potential to grow through digital transformation must be harnessed. It was noted that the major catalysts towards the socio-economic welfare of Africa lie in the power of mobile connectivity and industry collaboration

The National Telecommunications Commission in Sierra Leone is in transition to an Authority and the delegation used this Mobile World Congress and Policy Leaders Forum to leverage the opportunities to partner, collaborate and learn from players in the ICT ecosystem in Africa.

The Permanent Secretary was able to outline the strides Sierra Leone has made in improving the sector. He informed his Rwandan counterpart of President Dr. Julius Maada Bio’s flagship program which is the Free Quality Education to improve the human capital development of the country. He added that, President Bio also put premium in technology as he believes it is a catalyst to economic growth. “In 2018 the President set up the DSTI to help push his agenda to harness innovation. We see Rwanda to be a worthy  partner, to collaborate, learn and share knowledge as well,” said the Permanent Secretary.

The Permanent Secretary of the Ministry of ICT & Innovation Mr. Yves was happy to receive the team from Sierra Leone and expressed his commitment to collaborate. He informed the Sierra Leonean delegation that, Rwanda does not know it all as they too are facing challenges, so sharing ideas will be good. He said the Rwanda success story was planned 20years ago by His Excellency President Paul Kagame. He disclosed that, Rwanda has been consuming technologies over the years and the Ministry’s focus is to see how they can capacitate citizens to innovate in order to provide solutions for home grown problems.

Both Permanent Secretaries exchanged pleasantries and extended goodwill to their respective Ministers.