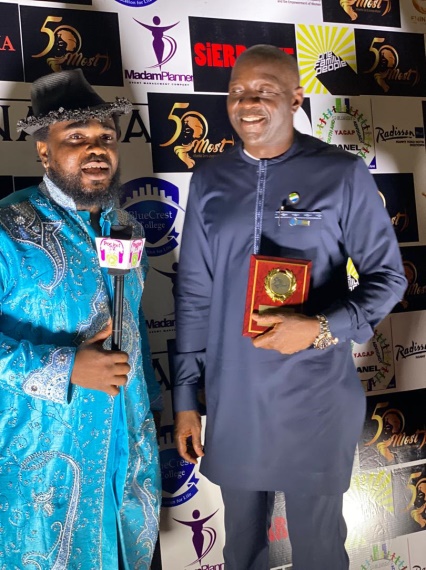 Rokel Commercial Bank continues to pride itself as the recipient of commendations and laurels for excellent banking services to its numerous and cherished customers.

The HEforSHE Campaign, an offshoot of the United Nations Entity for Gender Equality and Empowerment of Women (UN Women) has recognized the Rokel Commercial Bank and its Managing Director for what it described as “….your relentless efforts in promoting women’s and girl’s empowerment”.  The award ceremony took place on Friday 26th September 2020 at Radisson Blu Hotel with several high profiled personalities in Government and the private sector in attendance.

In recent years, the Rokel Commercial Bank has stood tall in supporting local initiatives through its corporate social responsibility portfolio. The award therefore came as no surprise to many Sierra Leoneans who continue to witness the remarkable transformation of the bank.

Speaking to this medium, Managing Director, Dr Dayo Gilpin, who is himself an HEforSHE Ambassador, underscored the importance of promoting a productive nation through gender empowerment as an imperative for socio-economic development.

“As a national financial institution we feel a deep sense of responsibility to push forward Government’s agenda of promoting women’s and girl’s empowerment and we are clearly impressed with progress done in this direction so far….the free education and compulsory university scholarships for girls offering science disciplines, the Hands Off Our Girls Campaign and the reviewing of our sexual offenses law and the establishment of a special legal entity to deal with sexual offenses are few examples that comes to mind….”

He said the Bank has increased its Corporate Social Responsibility portfolio as well as driven innovation that would invariably promote gender empowerment.

Sierra Leone has for centuries been engulfed in a patriarchal system that has manifested itself in the social, legal, political, religious and economic spheres and is deeply entrenched in cultural and religious beliefs. Power, moral authority, social privileges, control over land and property has mainly been in the hands of men. Property and titles are inherited by male lineage, and men dominate in political leadership.

The HEforSHE is an important milestone on eradicating all forms of discrimination and gender-based violence against women and girls. 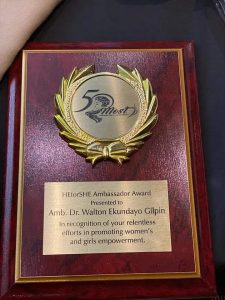 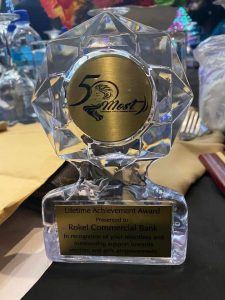