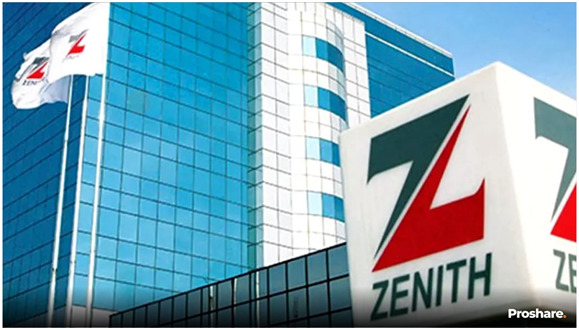 It is an open secret that in the corporate world one of the most acceptable ways through which corporate entities try their best to woo over as many customers as possible by always trying to make what they have to offer very attractive, using advertisement platforms to reach out to many, with the aim of making known the available products they have to offer and why it is important for individuals to go in for them.

Lamentably though, it has also become noticeable, on the other hand, that there are some corporate entities that are applying very unethical techniques or methods of trying to get a strong foothold over customers by using unconventional and crude ways just in a bid to compete with other entities operating according to defined standards.

Some have alleged that one of the Nigerian Banks operating in Sierra Leone, Zenith Bank (SL) Limited, is a corporate entity that is currently not doing well in terms of operating according to certain operational standards in comparison to the initial stages when the entity started operating in the country.

Of course best practice demands that any effective banking institution must always portray a good customer care portfolio. The way customers are treated will determine whether they have been motivated to continue doing business with that entity or not.

Customers holding accounts at the Zenith Bank (SL) Limited bitterly complained that customer care is at its lowest ebb as it is conspicuously evident that customers of the bank are most times not timely attended to with some of its employees going to the extent of treating customers with the least modicum of respect to an extent that some customers are seen on a daily basis threatening or vowing to leave the bank.

Some of the customers have even expressed disappointment over the Central Bank, the Bank of Sierra Leone, for failure to properly checkmate and regulate the way the bank is being operated.

This medium could confirm that certain business tycoons or businessmen, who initially had faith in the operations of the bank have lost it simply because some customers have allegedly complained about the way the bank is even blackmailing them by stalling their business transactions on the basis of trivialities.

As if the bank is of late experiencing serious financial deficits, it is evident that its reluctance most times to honour loan requests could be a pointer to the fact that such is the case.

Such has become more pronounced as the bank is most often refusing to grant loans to even its prominent customers.

When consideration is taken of the fact that most big businessmen heavily depend on their banks to smoothly enhance their business transactions the mere response of turning down customers opting for loans and treating them with levity is not auguring well for most and as such they have decided to quit the bank.

The fact that there are profound socio-economic transformations taking place geared towards revamping the country’s economy warrants the Government of Sierra Leone to implement certain development projects.

There is an old saying that, “birds of the same feather flock together” and that could not be far from the true with employees of the bank.

In as much as it could be dismissed as a fallacy of hasty generalization to say all employees of the bank do not know how to treat customers, or deliberately refusing to do so are impolite, however, the fact remains that if the head of the institution, the Managing Director of Zenith Bank in Sierra Leone, Chijioke Ejilemele, is described as a very arrogant and self-centred personality what could be expected of the other employees, the rest of mankind.

They will just follow suit with the belief that no disciplinary action will be meted against them which is no wonder why most of the bank’s customers are complaining of disrespect.

From what this medium also learnt, it was alleged by aggrieved customers that by all indications, the writing is clearly apparent on the wall that the Zenith Bank in Sierra Leone has lost its, customer care touch, its usefulness and credibility but it is still unclear why the Bank of Sierra Leone is still reluctant to take the necessary disciplinary action against Management of the Bank.

As the regulator, the Bank of Sierra Leone should be at a vantage position to properly checkmate the Management and direct it to do the right things. The central bank even has the right to revoke the license it granted Zenith Bank to operate in the country.

It is only the expectation of most of the bank’s customers that the central bank will institute the necessary actions against the Management of the bank to ensure that the right things are done or otherwise order its closure.

According to a seasoned economic commentator, foot dragging will only succeed in enhancing the risks customers are exposed to until one morning when we will all wake up and to our surprise the bank is no longer functioning after it may have fleeced customers of their hard earned monies deposited in accounts for safe keeping.