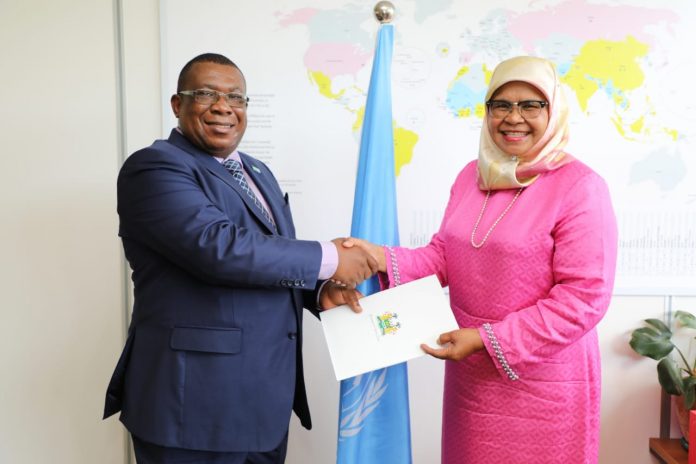 The presentation of HE Peter Joseph Francis’ Letter of Credence took place at the UNON office in Nairobi and is in line with what he had described as an earlier advice he had to do a formal letter to the Special Representative of the UN in Nairobi, because, according to him, “the UNON plays a very important role in Africa.” This will further strengthen Sierra Leone’s bilateral relationship with the various UN agencies in Nairobi.

HE Peter Joseph Francis is the first Sierra Leonean appointed High Commissioner to Kenya, who had also on the 5th December 2018, presented his letter of credence to the Kenyan President, HE Uhuru Kenyatta, and two (2) days after on 7th December 2018, he did a courtesy call on the UNON office in Nairobi.