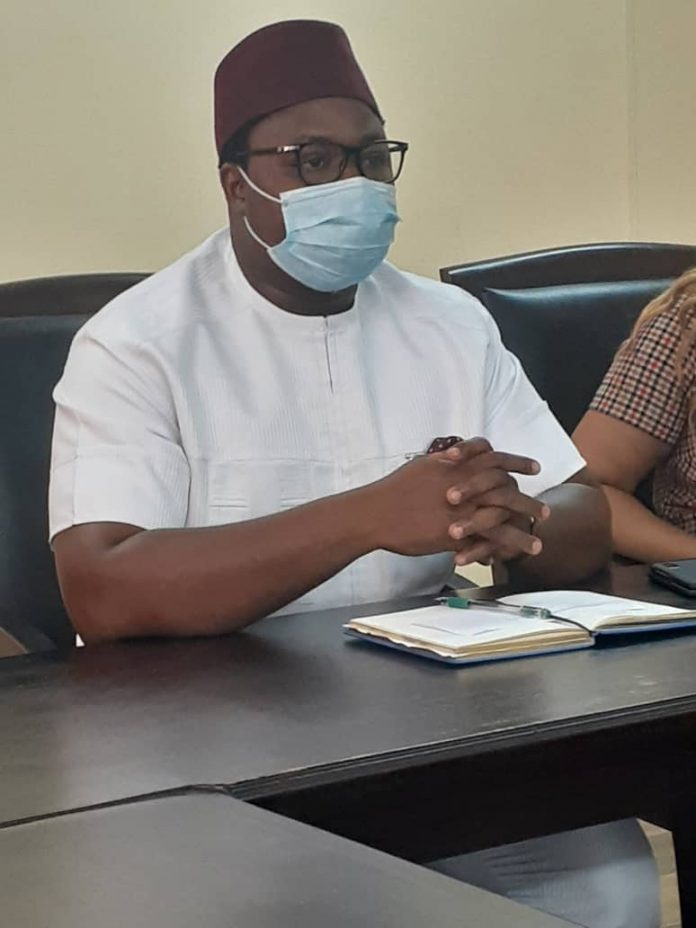 On Thursday 30th July, 2020 a delegation comprising representatives from the Ministry of Mines and Mineral Resources, National Mineral Agency (NMA), Office of National Security (ONS), Ministry of Internal Affairs, Ministry of Finance, Ministry of Local Government and Rural Development including the Koinadugu District Council, Chengli Mining Company and the community stakeholders have amicably resolved the impasse between the mining company and community youths of Dalakuru, Diang Chiefdom in the Koinadugu District.

The delegation was tasked by President Bio with the responsibility to go on a fact finding mission to visit the Diang Chiefdom which is rich in huge gold deposits, after an unfortunate incident was reported on various social media platforms to get first–hand information on the fracas and to resolve the stand-off between the company and community youths who are mostly involved in artisanal mining.

The head of the Presidential delegation, the Permanent Secretary at the Ministry of Mines and Mineral Resources, Joseph Tekman Kanu said, one week has been given to the artisanal miners to clear their gravel after listening to the various submissions from the different speakers for peace to prevail between the company and the young people.

He pointed out that the youth should be supporting the chiefdom authorities to embark on community development like maintenance of the road that is in very bad shape, noting that the company has to renew their license every year.

“We have to work in the interest of peace and the Government, for this ugly situation not to repeat again,” Kanu pacified the community residents.

Another member of the delegation, Director of Research and Planning at the Office of National Security (ONS), Francis Langumba Keili, disclosed that no development will survive without security furthering how the ONS is coordinating to ensure that a people’s centred security approach is provided.

He admonished the youth and community stakeholders that the land is owned by the Government and not the stakeholders as they are just the custodians of the land, noting that people should have a saying in the development of their chiefdom.

The Deputy Permanent Secretary at the Ministry of Internal Affairs, Osman Sama Banya called on the youth not to take the law into their hands stating that Government will not tolerate any form of lawlessness and the company must operate since it has acquired its license from the central Government.

Speaking on how culture and development should go together, the Permanent Secretary at the Ministry of Local Government and Rural Development, Thomas B. Lansana re-echoed the need for the young people to respect the laws of the country underscoring that development comes with peace.

He noted that misunderstanding caused the riot maintaining that the youth should exercise restrain and culture should be respected.

Giving a background to the Chengli Mining Company Public Disclosure meeting at Dalakuru, the Office of National Security (ONS) District Coordinator, Harold Campbell, reiterated that the company promised to construct Court Barray, schools, hospital as part of its corporate social responsibility. They also used the occasion to engage the community stakeholders and youth and supplied them with 150 bags of rice and cooking condiments.

He explained that, the company informed the gathering that it has not commenced operations as a result of the COVID-19 since they secured license from the Ministry of Mines in January 2020.

He noted that during the riot a vehicle owned by the company worth $60,000 was burnt down by the youths and some youths were arrested for the mayhem.

Giving an update on the fracas, the Community Affairs Manager at the National Minerals Agency (NMA), Henry Heren Kamara, said that for development to take place peace must prevail. He said NMA on the 14 June 2020 engaged the community stakeholders and youth to chart the way forward especially the artisanal miners, whom the company promised to compensate upon receiving their license.

He maintained that the youth were not happy about the forceful removal since they wanted more time to wash their gravel and some of them accused their Paramount Chief and Elders of selling their land.

The Honorable Member of Parliament representing Constituency 045, Kusan Sesay during the meeting called for a win-win situation for the people to be happy and the company to start their operations peacefully noting that the company should improve on their public relations approach, which he considered very poor.

The Paramount Chief of Diang Chiefdom, Sheku Mamba II reiterated that since 1932 mining has been ongoing in Diang Chiefdom but they have not seen no impact except that most of the illicit miners have been benefiting directly from it not the community residents.

“We have received the company wholeheartedly for the development of the chiefdom and the company has paid the surface rent which was shared amongst the land owning farmers and communities equally as stipulated in the Mines Act of 2009,”he noted.

The Chief Geologist at Chengli Mining Company, Ambrose Vandeh Bundeh, noted that they have been constantly engaging the community especially the young people about their operations, and denied the claimed that youth were forcefully removed for the identified operations sites, pointing out that the Councillor of Dalakuru community accompanied them to do the demarcation.

The meeting was chaired by the District Officer of Koinadugu District, Idrissa Kanu. 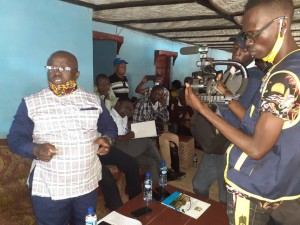