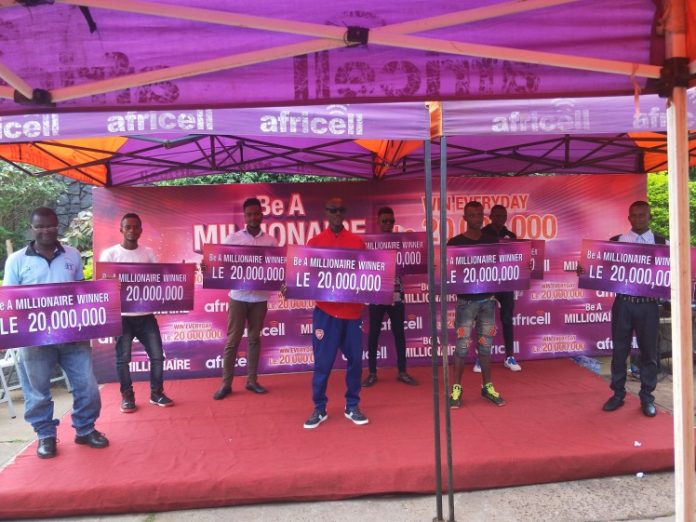 Africell-SL has on Monday 9 December 2019 announced its first set of 10 lucky winners of the “Be a millionaire” end of year promotion and each bagged Le20 million each. The ceremony took place at Africell Headquarters on Wilberforce in Freetown.

In his address during the presentation to the deserving winners, the Chief Corporate Affairs Officer of the company, Joe Abass Bangura, disclosed that “Be a millionaire” end of year promotion was launched on the 26th November, 2019 and will run till 27th December, 2019 giving their valued subscribers the opportunity to win data bundles, talk time credit and the star prize of Le 20,000,000 daily on weekdays; and with a value of over 500,000,000 Leones to be won at the end of the promotion.

During the payment process on Monday 9th December 2019 to the 10 lucky winners he said that pay-out will cover winnings made during the period 26th November – 6th December 2019; with summary as follows:

He reminded the subscribers of the provision of the Finance Act 2017 that all lottery winnings from Le500,000  to Le10,000,000 are subjected to lottery tax of 10% and above Le 10,000,000 the lottery tax of 20%, noting that Africell will deduct these taxes from all winnings in this category for onward payment to the National Revenue Authority (NRA).

Joe Abass Bangura on behalf of Africell wished their valued subscribers and all Sierra Leoneans a Merry Christmas and a Prosperous 2020 in advance. 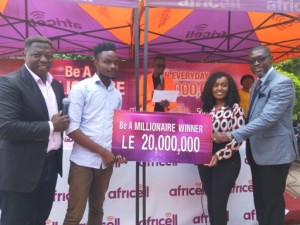 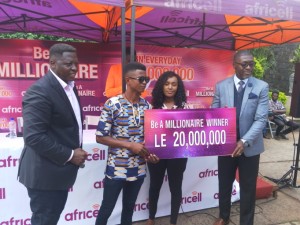 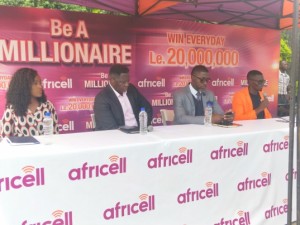