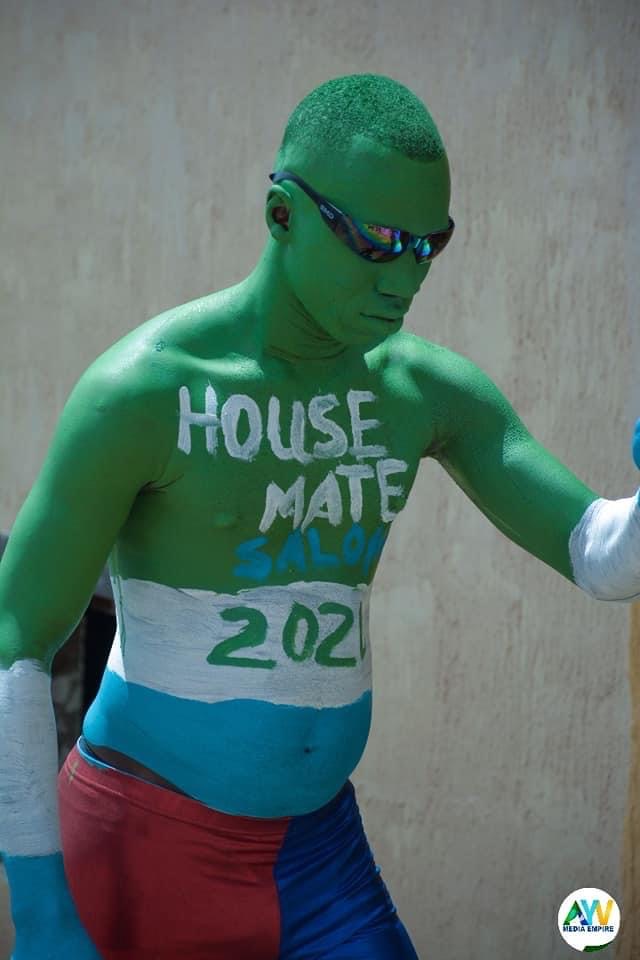 The Quarantine Drama has just begun with lots of fun which viewers, according to a random survey, are really enjoying. Audition ended few days ago and out of those who went through the process fifty (50) successful applicants emerged.

At this material stage of the competition the chosen fifty will have to go through a voting process in order to determine the twenty (20) Housemates that will enter the House on the 14 October 2020. Details of when the voting process will take place will be determined and announced for the purpose of the general public.

This show has gained currency within the entertainment industry of the country and it is the much talked programme in town.

Apart from bagging the Star Prize of Two Hundred and Fifty Million Leones (Le250M), all other participants will be entitled to their daily allowances of Le100, 000 each, whilst they still remain in the House and accumulatively given to them whenever they are evicted.

Interestingly, during a particular stage of the Show, based on the percentage of votes scored by a particular Housemate such will determine if he or she will be evicted from the House. Evictions will continue until the ultimate winner emerges.

The underlying rationale for the organizers to package this entertainment show goes beyond providing mere entertainment to that of Youth Empowerment. With twenty young Housemates, from different backgrounds,” Quarantined” under one roof for up to about two months, they will be taken through certain mental and physical exercises that will impact their personalities and it is certain that after the competition they will never be the same again.

They stand to benefit from being guided to be motivational speakers, to think critically as well as rationally, how to healthily interact, how to solve problems, to set goals, to cook, how to eat and dress for different occasions, to sing, dance, control emotions and stress. They will have the opportunity to learn from what visiting guests from certain corporate institutions will teach them, learn how to play games and a host of other things that are aligned to coping mechanisms as well as development of strong characters.

However, what the judges will be keenly watching for is originality. The Housemates should do things naturally instead of faking certain performances.

Another good thing about the show is that it will put all the Housemates in the spotlight as the Reality TV Show will be viewed by many in and out of the country via AYV Television Channel 34. People will come to know them, the talents that they possess and what they are capable of doing. The show could be a window of opportunity for the Housemates as some people out there could be interested in tapping the talents that they have seen displayed which could end up in changing their fortunes for life. Indeed something has to start somewhere!

Some people may be having reservations as to whether it is apt to stage the show amidst the coronavirus. To allay such a fear, the organizers have put all the necessary modalities in place to ensure that all the Housemates to enter the House are coronavirus free, that precautionary measures are observed and the House is kept safe.

For now Housemates Salone is the most talked about upcoming social event that continues to dominate conversations in social circles and many are looking forward to be viewing an entertaining and educative programme from which a lot could be learnt.

As the expectations are running high, the organizers are methodologically and meticulously putting finishing touches to once again avail viewers a lively, tantalizing and thought-provoking Reality TV Show.

Indeed, you would not want to miss the fun and the drama of the different personalities of young Sierra Leoneans who want to make it to the top.