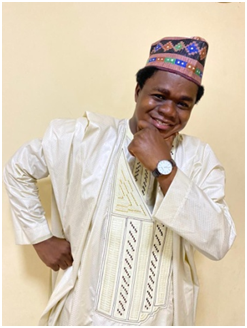 In a letter written by Hon. Saa Emerson Lamina, Leader of  the Coalition for Change (C4C) in the  House of Parliament, dated 26th August, 2022 and addressed to the Chairman of the Political Parties Registration Commission (PPRC) he stated that he wrote on behalf of the majority of disheartened members of the C4C Party to refer to the letter of 19th August, 2022 addressed to him and signed by certain individuals claiming to be representing the “majority of legally elected C4C Party Members of Parliament” and to encourage him, as PPRC Chairman, to continue to discountenance their false claims and the glaring seed of discordance they are planting within the party until the High Court of judicature presided over by Justice Samuel O. Taylor JA, proclaims final ruling on the matter that seeks to ensure justice and restore sanity within their party, the Coalition for Change (C4C) Party.

Hon. Saa Emerson informed the PPRC Chairman that it is their candid belief, that the signatories to that letter; cognizant of their mischievous actions over time are surrogates being used as pawns by certain people outside the party with an agenda to sellout in order to meet the political chauvinism of their paymasters and therefore are masquerading as representing the “majority” of legally elected C4C Party Members of Parliament, with nothing to show to the people in their constituencies of responsibility.

He continued that the group of persons have by all indications fundamentally breached the party’s ideals and principles and the social contract with the people and have therefore lost the confidence and trust of the party loyalists in particular, the people of Kono District because of the apparent breach for want of selfish political patronages and satisfaction of their political paymasters.

The C4C Parliamentary Leader said they are drunken by such a pursuit to the extent of being oblivious of the fact that their being in Parliament is as the result of the efforts of dedicated and committed people like his humble self, who formed and established the C4C Party as a political entity.

“These people have surreptitiously connived with incendiary intentions to undermine the party’s gains in the 2018 general elections,” he lambasted disclosing that as Founding Members they cannot therefore seat idly by and allow such benefactors of their sacrifices to get their way at the expense of the majority of party members both in Sierra Leone and in the Diaspora.

He maintained that in retrospect, in his letter to him as PPRC Chairman, he deliberately restrained himself from mentioning the names of colleague Members of Parliament on the understanding that they are Honourable men and they are far removed from the whole C4C legal debacle in court; the simple reason being that, they are neither plaintiffs nor defendants in the matter between the defunct National Executive and some founder members of our beloved party.

Hon. Saa Emerson said, however, that apparent show of taking sides in the matter cannot be unconnected with perhaps their superficial understanding of the Order of the learned Justice Samuel O. Taylor JA.

He pointed out that Be-it-as-it may, they have removed the sheep-clothing over themselves to now openly identify themselves with the defendants thereby drawing a battle line between them as surrogates and the true, loyal and committed C4C Party Members who still firmly believe in the ideals and principles of the party.

The legislator stated how they have unequivocally identified themselves with people who are before a court of law to clear their heads over fiduciary improprieties, anti-party actions and double standards.

He said he wish to talk less on the many reproaches they have brought to bear on the C4C party, but said suffice it to state that their disloyal activities are seriously undermining the much needed cohesion, harmony and the recalibration of the C4C as a formidable political party, while they have no tangible developments to show to the membership of their beloved party.

“We will therefore continue to stand by the truth for the sanctity of our party and we beseech your good office to do the needful in ensuring the harmonious and political meaningfulness of our party in the democratic dispensation of this country,” he appealed in the letter.

Hon. Saa Emerson said the C4C Party, has over the past four years displayed cogent political liberalism in Parliament as demonstrated by their tangible contributions to debates in the open Well as well as at Committee Stages, all for the good of country and in line with the party’s ideals and principles.

He said to place on record, on behalf of the general loyal membership, that as someone who sacrificed time and resources, helped in garnering trustable party Diaspora support and working to keep the trust of their members through sustainable service delivery; he looks forward to the return to basics for the party and for its sustained political leadership for the people of Kono District and their membership that is spread throughout the country and in the Diaspora.

“I am against injustice and marginalization of people who through their sweat and pains were key in the formation of the party,” he stated adding how he is  for structural reconstruction that will harness and strengthen the gains of their party and to consolidate the party as a way forward for a sustainable positive political participation.

He, in that regard called on the High Court to speedily conclude the C4C Party matter expressing the wish of encouraging all those with their sworn determination to undermine the party’s ambitious political forward-march.

Hon. Saa Emerson maintained that bullying and insensitive marginalization antics will not augur well for their collective aspiration saying such will only be a de-service and a misplaced agenda.

He registered how they will not sit by to witness any bullying tendency in the C4C underscoring that while they wish to remain steadfast to the ideals and principles of their party, he is encouraging the PPRC Chairman to continue dealing with the following under mentioned officials duly recognized to coordinate and administer the affairs of the party ahead of any consensual agreement and or final verdict of the court. The listed individuals are: Abubakarr Santos Bangura, Madam Theresa George and Sahr Nyandemoh.

Copies of the letter were sent to the Chairman ECSL, the Executive Secretary ECSL, Justice S.O. Taylor JA, J.J Campbell Esq; the Global Leader C4C and the Press.