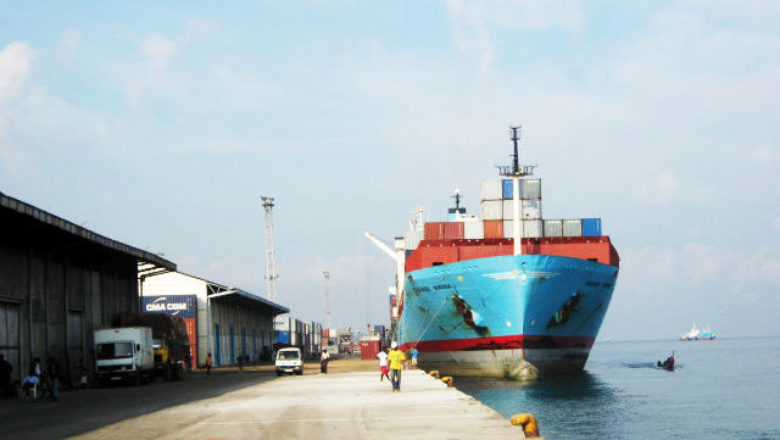 The governments of Sierra Leone and China have signed an agreement geared towards developing the fisheries sector in the West African country. The Agreement on Economic and Technical Cooperation between the two governments is meant specifically for the construction of fishing harbors across Sierra Leone, according to officials of the Ministry of Foreign Affairs.
Sierra Leone’s Foreign Affairs and International Cooperation minister, Dr. Alie Kabba, signed on behalf of his government while the Chinese ambassador in Freetown, Wu Peng, signed on behalf of the Chinese government.
Dr Kabba, told a press conference marking the official signing of the $29 million deal, recalled that Sierra Leone has strong, cordial and strategic bilateral relationship with China that began on 29th July 1971, when diplomatic relations were established between Freetown and Beijing.
He noted that China has remained a major player in Sierra Leone’s growth effort, citing its role in the areas of infrastructure, health, human resource development, mining and agriculture.
“The growth in bilateral ties between the two countries witnessed a huge surge in 2016 when both countries decided to upgrade relations on a Comprehensive Strategic Cooperative Partnership in line with the implementation of the outcome of the Johannesburg Summit Forum on the China-Africa forum (FOCAC), which both countries saw as an opportunity to comprehensively expand and deepen bilateral, friendly as well as mutually beneficial cooperation in various fields so as to better benefit the two peoples” Dr. Kabba said, according to a statement issued by the Foreign Ministry.
“The signing of the Agreement on the Economic and Technical Cooperation between the government of the People’s Republic of China and the government of Sierra Leone is to demonstrate another level of friendship between our two countries,” he added.
Ambassador Wu Peng, for in his part, said the signing of the agreement was meant to further develop the friendly relations, economic and technical cooperation between the two countries, in response to the needs of Sierra Leone.
He said the deal is in line with Sierra Leone government’s development plan which prioritizes development of fisheries as means of diversification of the economy, noting that the project will bring substantial social economic benefits to the country.
Wu Peng explained that China was investing in the fishing sector because Sierra Leone was losing a lot of money through lack of capacity.
“The Chinese government has decided to support Sierra Leone in the development of fishery industry, as a result of request of President Bio,” he disclosed.