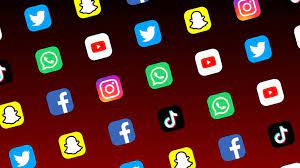 In modern times, Social Media is a very powerful conduit  through which information and news items are disseminated and it has become the quickest way of communication, speedily taking pre-eminence over print and electronic media.

Today, a sizeable percentage of individuals in this country are au fait with, linking up to twitter, Whatsapp and Facebook which are now more in vogue. In certain quarters, it has been argued very soon the social media will completely eclipse the traditional media, more especially the newspaper, the latter becoming finally extinct.

We, however, view it otherwise in the sense that the intimacy of the newspaper is so magnetic to an extent that it cannot fade away quickly and in terms of cost it is comparatively less expensive to other forms .

Further, it is easily accessible by the vast majority of the citizenry because of its cost and advertisers can reach more people which are why it is more appealing to most clients than the social media.

For ease of reference, newspapers or radio clips can be easily retrieved than an item that was published a long time ago on the social media.

All that notwithstanding, the social media has opened up the communication spectrum or space; at the click of a button people far and wide are brought together. The role of the social media in changing lives, promoting transformation in different sectors of society cannot indeed be overemphasized. It has so far proven very useful in fostering development in various fields in an incredibly fast manner.

Despite all the attendant benefits that it has brought to humanity, yet still it has its own shortcomings especially in a developing country like Sierra Leone. One of them is the complexity in tracing the identity of users more especially so with Facebook, Whatsapp, phones, twitter etc. This gap or missing link has provided the leeway for certain people to abuse it to cause mischief, violate the privacies of others, molest or make derisive comments against certain individuals.

High profiled criminals are every day using the social media to commit nefarious crimes bordering on pilfering into the accounts of others, caricaturing others making them appear in certain ways, tap phones, spy on other countries and even copying unique brands of certain companies which they may end up using in their own production line with slight variations.

Lamentably, with all the attendant benefits the social media has brought, what we have been experiencing in this country is the posting of cooked up stories, not in the least accurate, against certain people, on the social media creating the notion that they are true stories, but are deliberately meant to tarnish the good names of individuals in society. What has become very disturbing about this trend is when such are done along party lines with the avowed objective to muzzle or denigrate others. For sure, the new advent has provided a channel through which unethical ways of practicing journalism, either by mainstream journalists or citizen journalists, have become rife, not in the least thinking about the reputation of others or how relatives, supporters may react to such postings.

It is not in the least decent in any form, whatsoever, for grownups to be using strong insulting language against others on the social media simply because of disagreement in views on certain subjects or issues. We can express our views in more civilized ways, limiting ourselves only to issues rather than attacking personalities, using uncouth language. If used judiciously, knowledge could be sourced through learning and the social media is one platform through which we can imbibe facts which can then be used to make informed decisions.

What again has become noticeable in recent times is the practice of certain journalists to just cut and paste news items they discover on the social media without first trying to cross check the authenticity or veracity of such news. Some print media journalists have been guilty of this act. As had been highlighted, the social media is full of fabrication which may at face value appear genuine at the surface but when scratched all what is underneath is total falsehood. Many journalists have been found culpable of this to an extent that the media regulator in the country, the Independent Media Commission, has been cautioning journalists to be very mindful of this ‘cutting and pasting’.

Users of the social media should always hold the view that the social media is a powerful tool to fast track development; learn about new innovations, initiatives, a platform for interaction, gain knowledge, source news etc. It should therefore be used to serve genuine aspirations rather than to fuel hate and denigration.

It behooves the Government, through the Ministry of Information and Communications, the National Telecommunications Company (NATCOM), GSM companies and other relevant institutions to work out modalities as to how to regulate the Social media so that it could be properly monitored in order to ensure that sanity prevails, the privacies, fundamental human rights of individuals are protected.