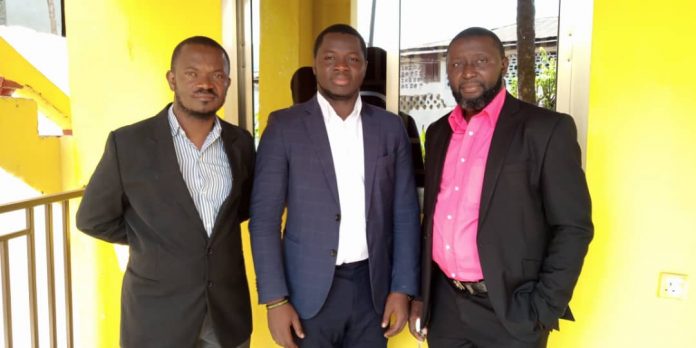 In an open letter written by a Consortium for Good Governance, Human Rights and Democracy (CGHRD), dated 7th September 2020 signed by its Secretary General, Marcus Bangura, addressed to the Minister of Local Government and Rural Development, Tamba Lamina, highlighting the issue bordering on the stalemate between the Ministry of Local Government and Rural Development and the Freetown City Council (FCC) relating to the implementation of the reviewed Property Tax in the Municipality of Freetown, formed the core subject matter.

The organization recalled that over three months ago the Minister of Local Government made a position statement in which he halted the implementation of the reviewed Property Tax in the Municipality of Freetown. It continued that the Minister advanced reasons on the thin line of timeliness and administrative measures to deal with COVID-19 and further asserted that the levied Property Tax is an added burden to the people in the middle of COVID-19.

The letter also stated that as a responsible public space entity, CGHRD has avidly and conscientiously followed the impasse and is ghastly worried about the incessant stalemate which has lingered on for a while and has become a quagmire to the FCC implementation of the Property Tax.

CGHRD says it had hoped that the FCC implementation of the Property Tax will be the main revenue base for the FCC, in addition to the yearly fringe subsidies allocated to local councils in the country.

The organization drew the Minister’s attention to the following for his consideration: that Sierra Leone is a unitary democratic Republic with two spheres of Government, namely, the Central Government and the Local Government.

It maintained that FCC is the Municipal Government of Freetown and the highest political authority in the locality with legislative and executive powers, responsible for the general management of the city. It additionally stated that the main legislation dealing with Local Government administration is the Local Government Act of 2004.

According to them, the Act empowered the FCC to mobilize resources, coordinate and harmonize the execution of programs and projects initiated, drawn up, maintain and execute plans for the development of basic infrastructure and provide works and services in the locality among others and the Minister performs supervisory role; as provided in Part 5 and the entirety of Section 20 of the Act.

CGHRD stated that the FCC is empowered to levy and impose Property Tax on the assessed annual value of assessed buildings at a single rate as reflected on the present property rate reassessment. It is therefore mandatory for property owners to pay Property Tax as provided in Part 8 and the entirety of Section 69 of the Local Government Act of 2004,

It highlighted that the FCC reviewed system of Property Tax which the Minister had halted in Freetown has been adopted and implemented by a local authority upcountry for many years before FCC introduced it in Freetown. It is ongoing with local authorities in the provincial districts, it affirmed, at the disadvantage of FCC under the Minister’s watch as political head of the Ministry.

The consortium stated that irrefutably the Minister’s action to halt the implementation of the Property Tax led to a pointless stalemate between the Ministry and the FCC.

“Your action has stripped the FCC from sourcing her own resources. Property tax, if collected has the proclivity to stimulate exponential economic growth for the FCC to affix the structural transformation of Freetown, provide basic services looked-for by the people of Freetown and ease the too much dependence on Government subsidies,” it asserted.

It says CGHRD is not oblivious of the proposed guidelines which the Ministry is working on and the unconventional reasons the Minister advanced to halt the collection of the property tax vis-à-vis COVID19 and its encumbrances, timeliness and administrative measures. The organization said without prejudice they do respect the Minister’s excuses but holistically ruminate them as not suitable to rebuff the implementation of Property Tax.

CGHRD referred to such excuses as disingenuous and not in tune with best practice. It again drew the attention of the Minister on the following tangible reasons in respect of the implementation of the Property tax so as to enable the FCC to raise its own revenue and ensure the smooth administration of the Council.

It stated that the FCC, like other Councils is underfunded and constrained by limited revenue to provide the necessary services looked-for by the people of Freetown and to ensure the effective and efficient functioning and provision of basic services, such as waste management, flood mitigation, urban planning and tackling environmental degradation among others.

The organization maintained that subventions or subsidies to local councils, which are constitutionally charged on the Central Government for effective and efficient operations most times delay and sometimes not fully paid as allocated and budgeted.

This explains, it argued, why it is imperative for the FCC and other local councils to be offered options to stimulate resources for sustainable economic growth and curb the burden of unnecessary delays in the implementation of their projects and activities due to the Central Government challenges to pay subsidies.

The organization, citing a case in point, referenced the FCC and ‘‘Three Years Transform Freetown Plan ‘‘which detailed 19 concrete targets across 11 sectors in Freetown but could not be achieved due to limited resources.

It says the reviewed property rate is mandatory and due to the hardship caused by COVID- 19, FCC has considerately made a concessional reduction of payment from 15% to 5%. And as it stands, some law abiding property owners have already paid into the Council’s account as a show of good citizenship.

The consortium maintained that the IMF – African Department and other State partners like the World Bank is in full support of the Mayor’s plan on property rate reform and disagrees with the deferment of the tax on the argument of timeliness ‘and administrative measures to deal with COVID-19 and they further described the property rate realignment as a good reform.

It stated that public opinion in Freetown holds the unfettered view that the position of Government on the implementation of Property Tax is highly based on partisan politics, hemmed with political intrigues and manipulations as a way to stop the FCC, which is led by the main opposition from delivering to the people of Freetown.

CGHRD said its investigation ascertained that property owners are willing and ready to pay the Property Tax, taking credence to those who have already made payment into the account of the FCC amid prohibition.

It says this shows the willingness by property owners to pay but for the Minister’s position against the implementation, the whole process has been stalled. However, some law abiding property owners have gone ahead and paid their property tax as a show of good citizenship.

The reviewed Property tax, according to CGHRD, is divided into three categories for payment, namely, Low valued property, High valued property and Commercial valued property. Each category of property owners pay a particular amount based on assessment of the property.

It maintains that each ward will benefit 20% from Property Tax payment done therein by property owners, which will be used on the development of the ward on any area of choice.

The consortium concluded by appealing to the Minister and in the spirit of good citizenship, hemmed with the fundamental principles of State policy and the political objectives of Unity, Freedom and Justice  to put all political differences aside and give full support to the FCC to roll out the implementation of the Property Tax within the Municipality of Freetown and to deem the scheme as exponential to economic growth for the transformation of Freetown.