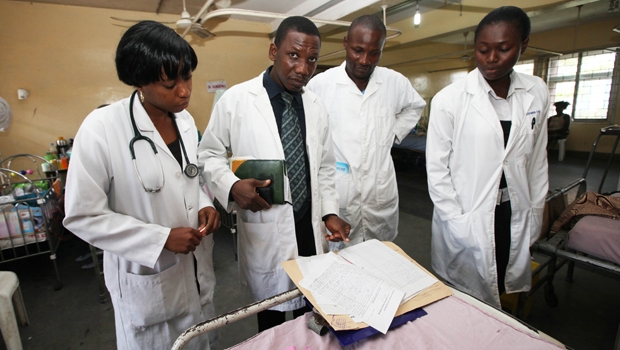 On Tuesday 7th July 2020 doctors  who are refusing to treat COVID-19 patients to press demands for bonus payments and more protective equipment, threatened to suspend care for other patients too if the impasse is not resolved by Sunday.

The doctors stopped handling coronavirus cases last Thursday after a more than month-long stand-off with Government over what they say is a misuse of funds for the COVID-19 response.

A spokesman for the coronavirus response team has previously said the Government was carrying out an audit to determine which health workers were entitled to hazard pay.

A memorandum of understanding signed in April by the Government promised weekly hazard pay of up to $100 for frontline health workers. Doctors say the agreement was allowed to expire without any payments having been made.

They also say they lack protective equipment like gloves, masks and coveralls to prevent infections spreading from patients to hospital staff.

Daily coronavirus infection totals in Sierra Leone have declined since the strike began, which it was said was due to suspected cases no longer being admitted and tested at isolation centres.

Sierra Leone has confirmed about 1,572 total COVID-19 cases, fewer than many other West African countries. Of those, 160 have been health workers, and 63 people – including three doctors – have died from complications related to the disease.