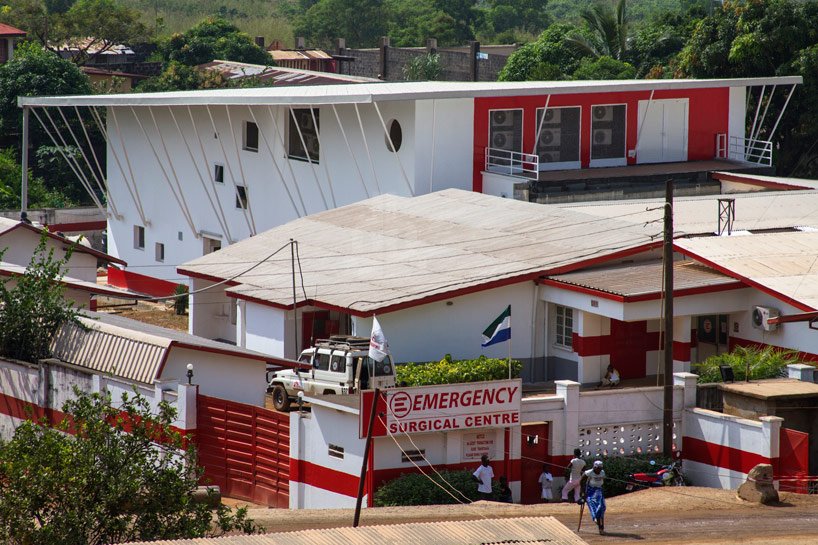 The EMERGENCY Surgical and Paediatric Centre in Goderich now Goderich Safoes, has been rated by many for its efficient medical services that it has been rendering on a pro bono basis over the years. Besides, rendering specialized medical treatments to the poor and needy the EMERGENCY Centre also implements  programmes bordering  on Training and Health Promotion for the most vulnerable people in Sierra Leone.

Operation of the Goderich Safoes is financed by the Italian Agency for Development Cooperation (AICS) and it was created in response to the problems identified by EMERGENCY through its continuous analysis of the needs in Sierra Leone. Started a few months ago, the programme will take place within the EMERGENCY Surgical and Paediatric Centre in Goderich and is part of a long-term project, with the goal of having a lasting impact on the entire national health system.

The aim is to help improve the life conditions of the paediatric population in Sierra Leone and is developed along three closely related lines: to continue guaranteeing free access to basic and special healthcare services for children up to 14 years of age at the Paediatric Centre in Goderich; to implement a health promotion programme which provides people with the appropriate knowledge to recognise various symptoms quickly; to guarantee a future generation of Sierra Leonean healthcare personnel, through dynamic training courses based on international standards.

EMERGENCY has been in Sierra Leone since 2001, the year in which the Surgical Centre opened in Goderich, in the suburbs of Freetown, the capital of the country. Since the very start, the Paediatric Centre has been attached alongside, with the aim of guaranteeing free, high-quality healthcare for children under-14. Both initiatives have received support from the Government and the Ministry of Health, through the allocation of healthcare workers and the implementation of national programmes supporting paediatric health. During the programme, EMERGENCY staff will work closely with the District Health Medical Team, the local health authority, from the Western Area Rural District, the body appointed by the Ministry of Health to monitor and intervene against malnutrition.

EMERGENCY ONG ONLUS is an independent and neutral international organisation founded in 1994 to provide free, high-quality medical and surgical care to victims of wars, anti-personnel mines and poverty. EMERGENCY promotes a culture of peace, solidarity and respect for human rights.

Since 1994, EMERGENCY has worked in 18 countries, treating over 10 million people.