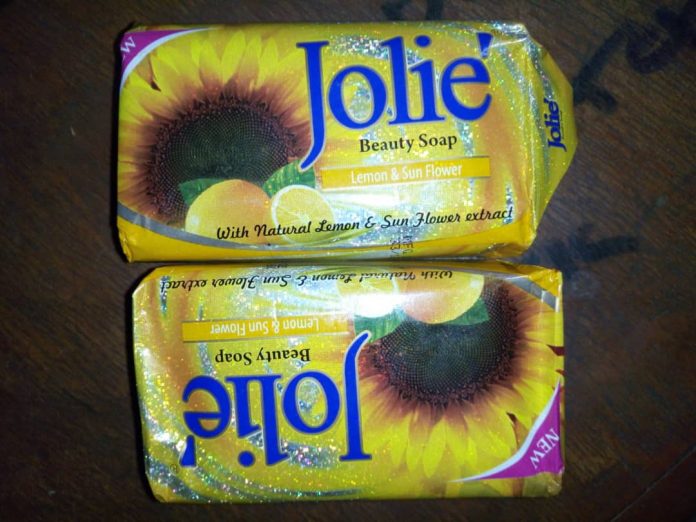 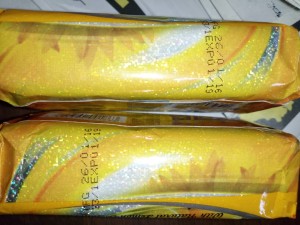 Investigations carried out by this Press have revealed that cartons of bathing soap with the brand name Jolie Soaps having MFG 26/1/16,Expo 1/19 as label and have expired, unfit for use, were imported into the country some time ago by a Lebanese businessman known as Ibrahim Mohsen of No.11 Sani Abacha Street, Freetown.
The soap, our findings further unearthed are currently flooding the market causing serious health complications and adverse effect on the skin of unsuspecting members of the public, people who are not aware that they have expired.
According to the investigations, it came out clearly that the expiration of the soaps in question took place in January, 2019 and that no modalities had been put in place by the importer of the Jolie soaps, Ibrahim Mohsen and Sons, either to stop selling the product to traders or get rid of them.
When this Press approached Alie Mohsen to seek further clarification of the said expired soaps, this business mogul in an aggressive manner had the effrontery to boast that he is the very importer of the soap furthering that those he imported into the country will expire on the 15th March,2019. However, this Press was able to understand that the claim made by Ibrahim Mohsen and Sons in respect of the expiration of the said soap is far from the truth.
He also disclosed that he had hang heads with certain officials of the Ministry of Trade relating to the soap adding that he was advised by those officials that when it is two months to the expiration date he must reduce the price of the soap from Le120,000 to Le94,000 per carton.
On the question as to whether he has the right to sell expired products to the market, he abruptly responded that, “you are not the appropriate authority to ask me such a question,” boastfully intimating that the authority concerned is aware of his importation of the Jolie brand soap.
It could be recalled that during the tenure of President Ernest Bai Koroma he ordered the arrest of National Revenue Authority/Customs personnel who were aiding and abetting the defrauding of the State through importers’ false declaration of goods and the clearing of such goods from the Queen Elizabeth II Quay. One of the notorious importers that were found wanting was undoubtedly Ibrahim Moshen and Sons.
It was less a person than ex-President Koroma who disclosed the name of a company called Ibrahim Mohsen and Sons of 11 Abacha Street.
The business entity was found wanting for declaring the importation of 21 containers with the information that 10 of them contained common salt, 9 exercise books and 2 tea bags.
While investigations were ongoing at that material time, Moshen surreptitiously cleared some of the containers at the Queen Elizabeth Quay. However, what was discovered at the end did not at tally with the information presented, as it was found out that 10 containers had monosodium, 4 corrugated iron sheets, 5 batteries, while 2 had tea bags (the only information in consonance with the original declaration).
According to the ex-President when the Customs Department was alerted with regards the anomaly, a penalty of one billion three hundred million Leones (Le1.3 billion) was imposed on the importer, Moshen.
This was what ex-President Koroma furiously said, “Can you imagine the amount of money that the Government would have lost? Can you imagine the amount of money the Government is losing through these malpractices? What is clear is that our people at NRA have not heeded the warning I made because they have apparently connived with the importers and the shippers. This so-called importer definitely thinks he is above the law or that he could only pay a penalty, get away with it and continue to take the risk.”
He ordered the full payment of Le 1.3 billion penalty and all the goods forfeited to the State
Moshen was immediately arrested and detained in consonance with an agreement the Government reached with the Lebanese and Indian leadership in Sierra Leone that no non-national would be deported but if found guilty will have to serve the full jail-term in the country.
As the saying goes the Monkey will never leave its black hand behind. This could be applied to Moshen as he still continues to nefariously engage in shady business deals.
It is advisable for the SLPP Government under the astute leadership of President Julius Maada Bio to take decisive actions against Moshen and Sons in order to forestall the business entity from furthering defrauding the State and put the lives of innocent people on Harm’s Way.