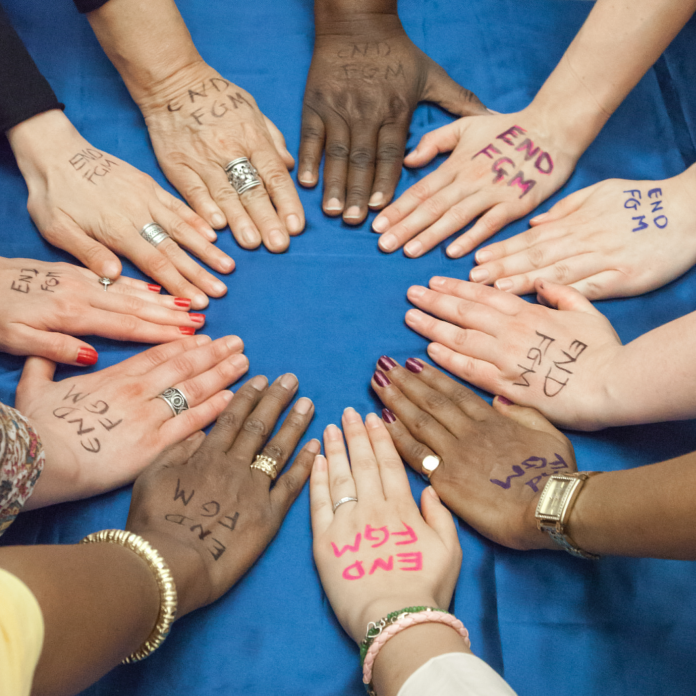 As the campaign intensifies to get rid of Female Genital Mutilation the story a victim whipped sympathy in many quarter .Mary Oloiparuni was 13 when she was mutilated. Restrained in a doorway early one morning in her home, she was cut, bled profusely and experienced agonizing pain. The scarring she endured then continues to cause her pain today, 19 years later. It has made giving birth to each of her five children an excruciating and harrowing experience.
Mary is not alone. At least 200 million girls and women alive today have had their genitals mutilated – suffering one of the most inhuman acts of gender-based violence in the world.
On the International Day of Zero Tolerance for Female Genital Mutilation, UNFPA reaffirms its commitment to end this violation of human rights, so that the tens of millions of girls who are still at risk of being mutilated by 2030 do not experience the same suffering as Mary.
It was maintained that this effort is especially critical because female genital mutilation leads to long-term physical, psychological and social consequences. It violates women’s rights to sexual and reproductive health, physical integrity, non-discrimination and freedom from cruel or degrading treatment. It is also a violation of medical ethics: Female genital mutilation is never safe, no matter who carries it out or how clean the venue is.
Because female genital mutilation is a form of gender-based violence, the Organization cannot address it in isolation from other forms of violence against women and girls, or other harmful practices such as early and forced marriages. To end female genital mutilation, UNFPA has to tackle the root causes of gender inequality and work for women’s social and economic empowerment.
In 2015, world leaders overwhelmingly backed the elimination of FGM as one of the targets in the 2030 Agenda for Sustainable Development. This is an achievable goal, and all must act now to translate that political commitment into action.
At the national level there is need for new policies and legislation protecting the rights of girls and women to live free from violence and discrimination. Governments in countries where female genital mutilation is prevalent should also develop national action plans to end the practice. To be effective, plans must include budget lines dedicated to comprehensive sexual and reproductive health, education, social welfare and legal services.
At the regional level, there is also need for institutions and economic communities to work together, preventing the movement of girls and women across borders when the purpose is to get them into countries with less restrictive female genital mutilation laws.
Locally, religious leaders must strike down myths that female genital mutilation has a basis in religion. Because societal pressures often drive the practice, individuals and families need more information about the benefits of abandoning it.