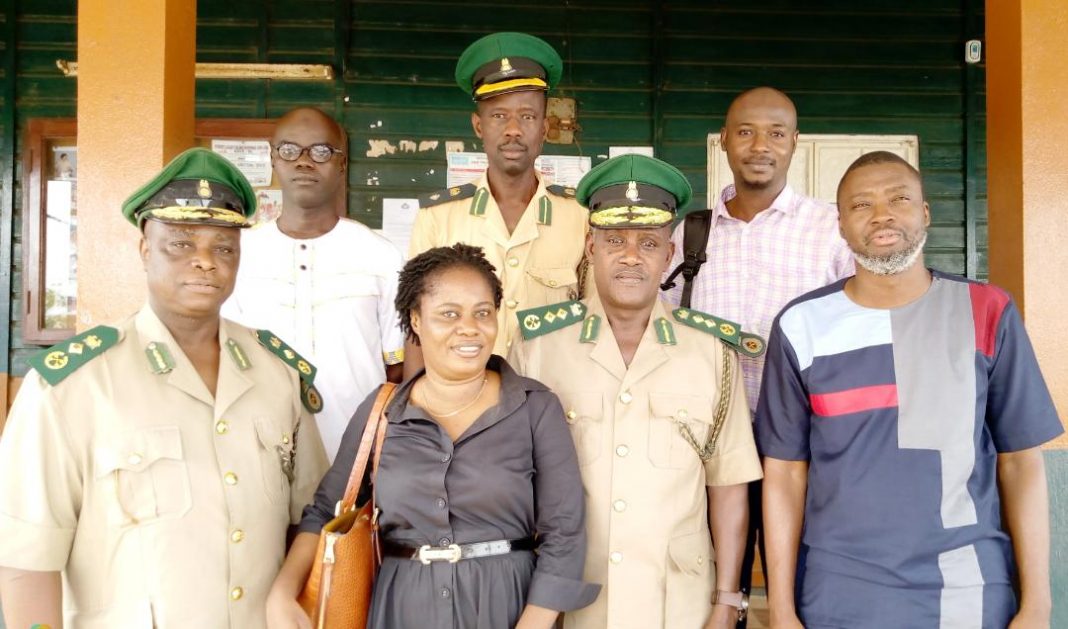 She made this disclosure in a meeting with the Director General of the Sierra Leone Correctional Service, New England Ville, Freetown.

The data system management for inmates which is named: National Inmates Identity Management Systems (NIIMS) was launched on the 15th January, 2019, and since then, it has been successfully tested in the Pademba road, Female, and Male Re- Integration Centres in Freetown.

The system was developed and deployed by Fix Solution (SL) Ltd in partnership with the Sierra Leone Correctional Service (SLCS) and the Justice Sector Coordination Office (JSCO), with funds from the Open Society Initiative for West Africa (OSIWA).

“All the tools such as computers, internet dongles, finger print scanners, and camera have been made available already for ease of work. However, we still have to install the NIIMS software in all the computers for the Centres up- country,” Rita informed.

She said they are working on setting up a situation room in Freetown for the monitoring of work being done where NIIMS is available, adding that competent people will be identified to manage data processing, records and assurance. The Director of Admin & Ops also mentioned the need for there to be Regional Supervisors and two support staff who are well- versed in I.T to train and monitor NIIMS officers.

“Fix Solution will continue to do the cloud hosting of the data being generated from different Centres, and we will also develop the mobile app for the system as well.”

Joe Pemagbi, who is the Country Officer for OSIWA, pointed out the fact that his institution is not in the “habit” of taking credit for an initiative that did not spring from them, admitting that the idea of inmates’ biometric registration came as an autosuggestion from the SLCS. He said all they came with were funds and provision of the requisite expertise to carry the process forward.

“This initiative has now been taken to the Judiciary and the Police as well, so as to merge the work of the Justice- chain in Sierra Leone”.

Touching on the issue of funding, he said OSIWA “is still trying” to gather more funds to facilitate the training for the would- be- supervisors of the NIIMS.

Extending thanks to OSIWA and Fix Solution, the Director General of the Sierra Leone Correctional Service- Mr. Joseph Lamboi said he was looking forward to “further extension” of the project. He said it was a project that has earned the SLCS a lot of “accolades” from the government and the public.