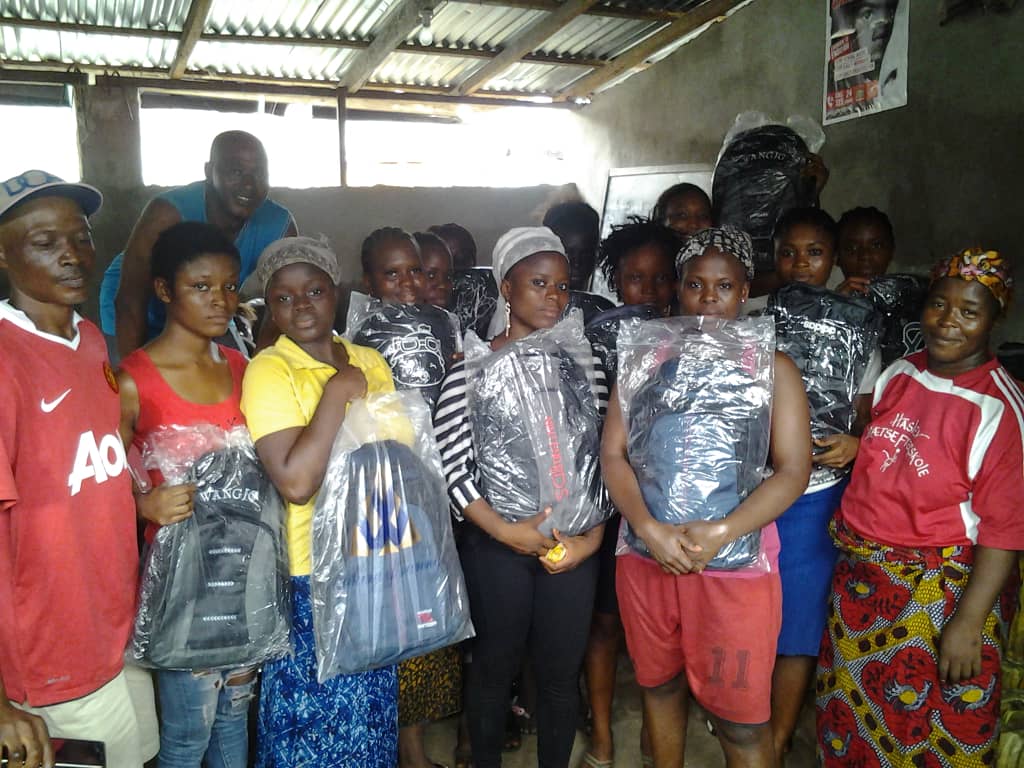 As a way of celebrating International Girl Child Day on 11 October 2019,  the Advocacy Movement Network (AMNet) distributed school materials to girls who are beneficiaries of the (Save The Children) DANIDA Second Chance Project enrolled in schools and vocational institutions in the Western Urban area, Freetown.

The Second Chance Project is implemented in four communities-Dwarzark, Susan’s Bay, Kroo Bay and Gray Bush in Freetown.  80 School-going Girls were presented with School items such as bags and uniforms. The donations started on Friday 11th and ended on Sunday 13th October 2019. The project which is in its second year also helps out with the payment of tuition fees. Last year, 100 girls received similar assistance. The project is expected to last for 4 years.

The Second Chance Project supports girls who have dropped out of school and want to re-enroll in formal school or technical training centers. It  also encourages teenage mothers to access health care centers as a way of taking good care of their children.

According to the Child Protection Officer at AMNet, Mr. Brima Conteh, they are monitoring their activities through their ‘Coping and Resilient Mechanism’. “We are working with 50 Civil Society organizations across the Country as our partners,” he added.

AMNet is a Non-Governmental organization that has existed since 2004 in Sierra Leone. It is an independent organization that advocates for vulnerable people in society and promote gender equality and women’s empowerment as part of its core mandates and activities. With headquarters in Freetown, it has regional Offices in Bonthe, Kambia, Port Loko and Koinadugu.

It has over the years also engaged in human rights advocacy, children’s welfare programs and also helps in facilitating Social Change and policies among other important issues across the country.