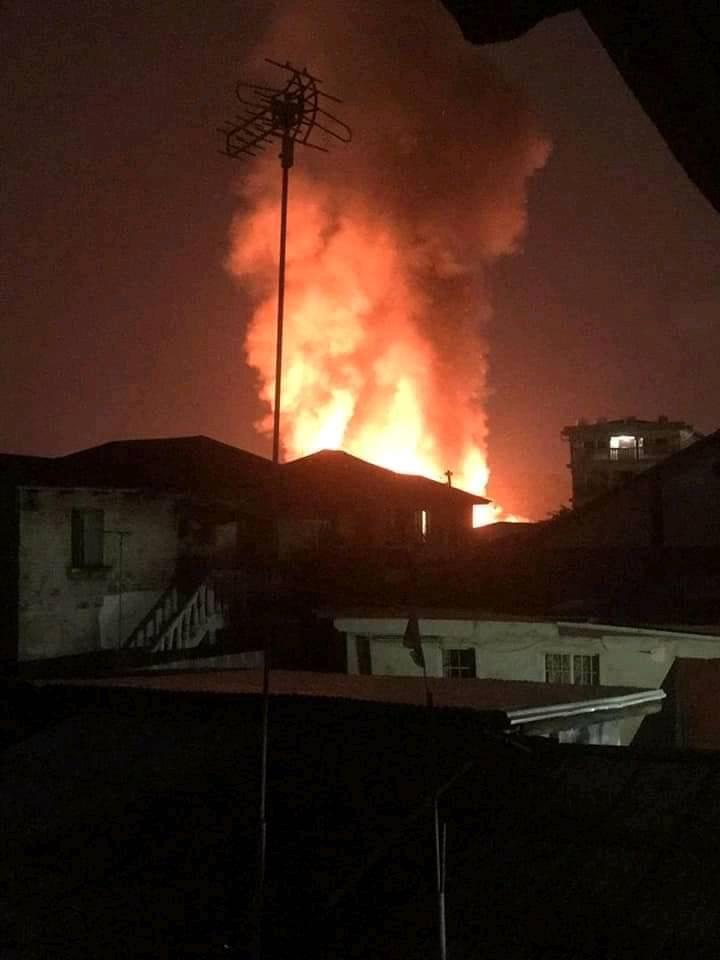 It was indeed a very sad day for residents of four houses along Dan Street, in the East End of Freetown, when an inferno gutted their houses at around 2:00 a.m on Sunday the 7th June 2020.

According to other residents in the area the Freetown Terminal was the first to arrive at the scene with their fire engine and they were later supported by the National Fire Force which put an end to the fire that left many homeless at 21, 23 and 25 Dan Street with a total of four houses razed to the ground (two at 21 Dan Street).

An eye witness who wants to remain anonymous explained that the fire incident gutted three board-houses which were burnt to the ground and a two-storey building with the top floor completely burnt.

Gassimu S. Fofanah, Head of Communications at the Freetown Terminal said this is not the first time the company has helped in rescuing communities in the East End of Freetown.

He mentioned that the fire engine has done same for the Grassfield Community in 2017, Shell Community in 2018, Effort-Lane in 2019 and more. “We believe we are part of the communities we operate. Whatever affects them affects us, so we will always stand by them,” he maintained.

Kamanda Bongay, Head of Sierra Leone Fire Force said their report shows that the places were set ablaze by someone and that the accused has been handed over to the Police for further investigation.