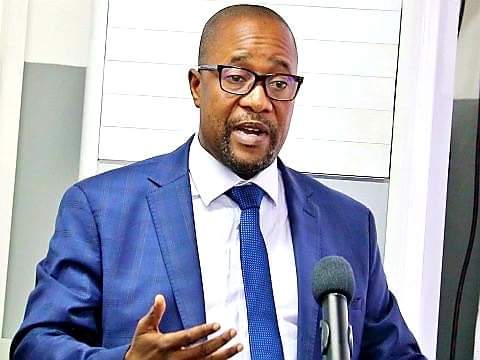 The primary purpose for the establishment of businesses by individuals in various parts of the world is to maximize profits, though in actual terms, business owners cannot just determine the prices of certain goods and services as such are really determined according to the market forces of demand and supply.

Maximization of profits must not give private business entities the liberty to lord it over unassuming consumers which is why it is highly significant for Government to intervene from time to time to ensure that fairness and equity prevail.

It is very important to maintain at this juncture that the costs incurred in doing business also affect the prices of essential goods and services because simply put if much is expended, in terms of costs that are incurred in running a business, then definitely it is expected that the prices of the finished products or services will go up with the reverse also being true.

Globally, Governments depend on taxes to generate much needed revenue to fund certain projects or development programmes and business entities are the main sources from which the Government derives revenue.

However, the imposition of taxes must be judiciously done otherwise if taxes are simply imposed just for the sake of generating funds when in actual fact they are really killing business enterprises then obviously at the end of the day the populace including the citizenry will have to bear the brunt.

When things become economically difficult for the vast majority the blame is squarely placed on the Government and in a true democratic setting it is left with the citizens to either maintain that Government in power through the ballot box or kick it out of power.

It is against such a backdrop that it seems that from the look of things telecommunications companies operating in this country have decided that the huge costs they are currently expending to operationalize their services ,which subscribers could easily access in the country, must be reflected in the prices of data that are bought.

To put it in the right context, it is clear that the country is going through an inflationary phase as is evident in the everyday escalation in the prices of basic goods and services. What at times seem incomprehensible is that even locally manufactured or produced goods and services are so costly which understandably could be linked to the costs that are incurred in bringing those goods and services to the market.

As the situation now stands, there seems to be no ending in the increase in Foreign Exchange rate against the Leones. The present day value of the UD Dollar is at Le. 18,000 (Old Leones) to $1.  This record an increase of 148% since the last GSM tariff adjustment was done in 2017 when the exchange rate was Le. 7,258 (Old Leones) to $1. Obviously, with these new increases, telecommunications companies are forced to make adjustments in data prices just to ensure that they are not losing.

Telecommunications companies are also presently contending with an

increase in fuel cost. Presently the queues have started resurfacing again at Filling Stations. It must be noted that Fuel price is at Le. 25,000 (Old Leones) against Le. 6,000 per litre 5 years ago when the telecommunications sector tariff was last reviewed. This records a colossal increase of 317% for a product that account for a major part of the total operations of telecommunications companies in this country.

As if to add salt to injury, the cost of Electricity Tariff has also gone up

Even electricity tariff which is a similar utility service and a cost driver for telecommunication services has witnessed a significant increase of 78% from Le. 1,890 (old Leones) to Le. 3,364 (New Leones) as at July, 2022.

Presently, the use of the internet has become very trending as many are using it for various purpose, other than, to conduct academic research. Since Zoodlabs took over the control of the internet from SALCAB the connectivity cost has increased. It is worthy of note that at the beginning of 2022, the cost of 1 Gbps data from Zoodlabs was Le 156 Million (Old Leones). Today, it is Le234 Million per Gbps recording 53% increase in the direct cost of the internet.

In the midst of all the costs that telecommunications companies are currently incurring, a recent move by these business entities, to increase data prices was stiffly resisted against by the Government only because the vast majority of subscribers were widely grumbling.

Among those that expressed dissatisfaction were not just mere phone users but others that sell telecommunications credits to subscribers. As the volume of the grumbling started becoming deafening the Government responded by insisting that the prices be reverted to their old state to which they were.

Though telecommunications companies are willing to continue with their operations, however, the constraints they are presently going through are really affecting their operations. For them the situation cannot continue this way as mechanisms must be put in place to ensure that these companies derive benefits in terms of profits for the services they are providing.

There is the need for telecommunications companies and the Government to reach a middle of the road agreement which could end up to be a win-win situation otherwise it will reach a point when an impasse will set in and the brunt of the effects of poor telecommunications companies will be badly felt by the vast majority of subscribers and credit dealers.

Already, some are expressing fear that the telecommunications companies will reduce the rate of implementation of projects as part of their Social Corporate Responsibility if the situation remains the same.

Sale of SALCAB to a Foreign Company Will Compromise State Security