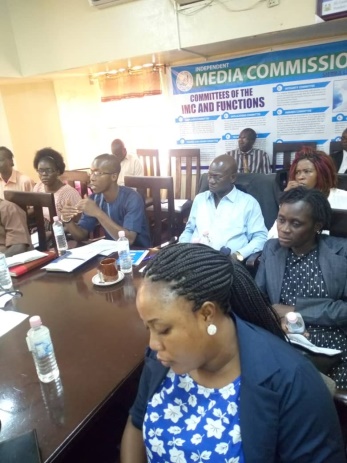 On 26 February 2020 the Independent Media Commission (IMC) organized a one day orientation seminar for members of the revived Advertising Advisory Committee of the Commission at its headquarters in Freetown.

Chairman of the Committee, Dr. Francis Sowa, in his opening remarks expressed regrets that the Advertising Advisory Committee was the only Committee in the Commission that had not been functioning until May 2019 when it was revived.

He explained the purpose of the orientation programme, which he said was to get participants well informed about Section 4 of the IMC Media Code of Practice, which deals with Advertising and portions of the Pharmacy and Drugs Act, 2001.

The Chairman stated that the IMC, through the Committee, therefore decided to partner with the Pharmacy Board, which also performs regulatory role in relation to advertising pertaining to drugs, in rolling out the programme.

He said that the IMC has been collaborating, and will continue to work in close partnership with advertising agencies to regulate all aspects of advertising.

The expected outcome of the seminar was to get all members of the Committee acquainted with the requisite provisions in the IMC Act, the Media Code of Practice and the Pharmacy and Drugs Act.

The session was facilitated by Dr. Julius Spencer of Premier Media Consultancy, and a former Commissioner of IMC, Mr. Joshua Nicol of the Mass Communications Department, Fourah Bay College; University of Sierra Leone.

The Advertising Committee was established as provided in Section 9(1c) of the IMC Act 2000 as amended; and Section 4 Sub-Section 28.1 of the Media Code of Practice. 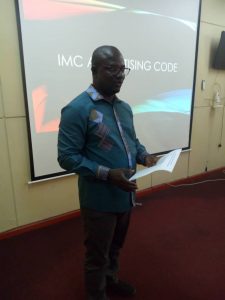 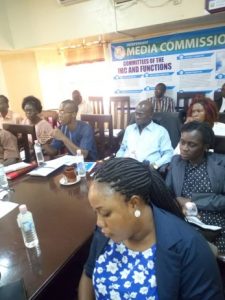 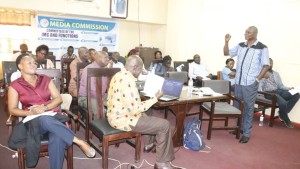