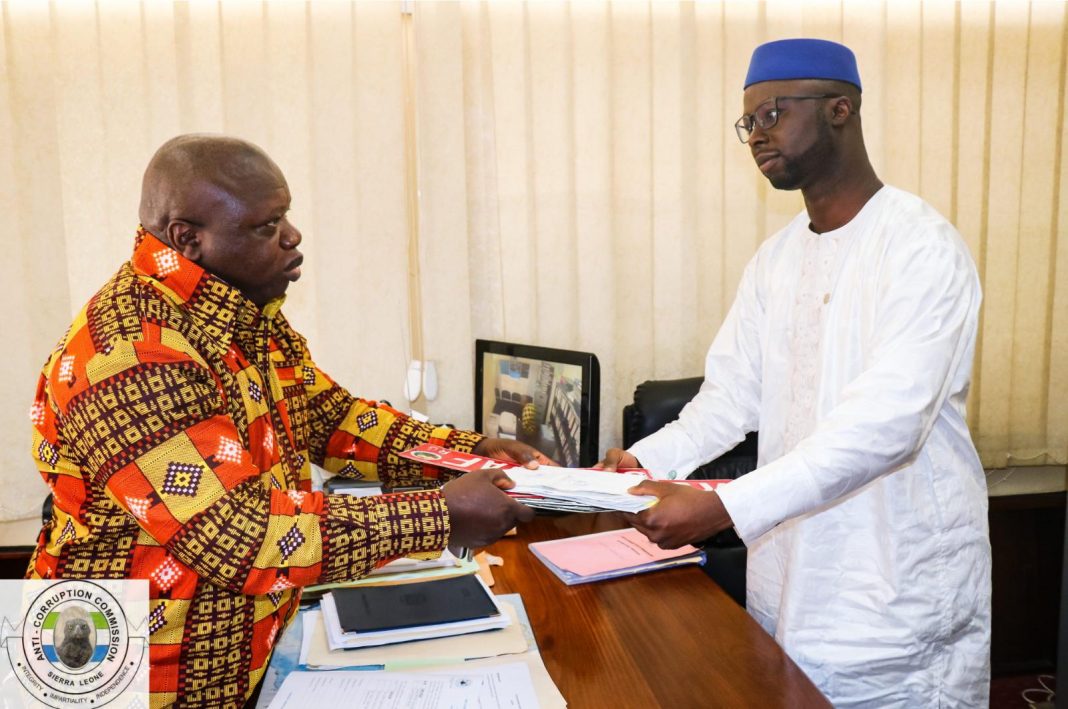 In one of our previous published articles it was reported that on Friday 4th October 2019, the Anti Corruption Commission Scorpion Squad conducted a raid on the residence of Madam Mabinty Daramy, former Ambassador to Guinea who was alleged to be having diplomatic vehicles assigned to her. As a result of the raid, two vehicles with diplomatic license plates were found parked at her compound at Hill Cut Road, Freetown. They were brought in by the ACC, whilst investigation into the said matter continued.

After conclusion of the Investigations, the ACC has confirmed the following:

1. That the diplomatic licenses affixed on the said vehicles were indeed assigned by the Guinean Government to the Sierra Leone Embassy in Guinea and as such belong to the Government of Sierra Leone.

2. That the two vehicles were private properties of the former Ambassador, and do not belong to the Government of Sierra Leone.

3. That the diplomatic license plates were improperly and wrongly placed on private vehicles.

Against such backdrop, the ACC has handed over the diplomatic license plates to the Ministry of Foreign Affairs and International Cooperation, represented by Alhassan Kargbo, Senior Policy Analyst of the Ministry. The two vehicles have been returned to its owner, Madam Mabinty Daramy through Ibrahim Kanja Sesay Jr, who received the vehicles on her behalf.

In another development, the Deputy Commissioner of the ACC, Mr. Augustine Foday Ngobie on the 18th October 2019 handed over to the National Protected Area Authority, a Yamaha motorcycle, 1 H.P Dell computer, 1 external hard drive (2 TB), 1 binocular, 1 trimbo GPS, staff I.D card, 1 internet modem, and a battery charger. These assets were retrieved from Joseph John Bockarie, a former employee of NPAA who had resigned his position but failed to hand over the aforementioned properties back to the Authority.