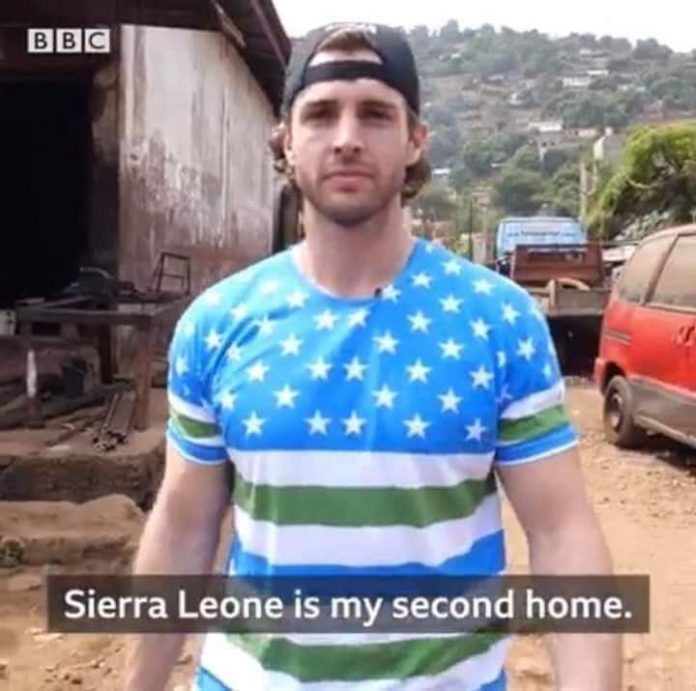 I have watched the debate among various actors on Nick Wood/Krio Borbor and his stay in Sierra Leone. The reaction of many Sierra Leoneans stemmed from the BBC Africa video of this former Mormon missionary. There might be UNRECOGNIZED elements of white supremacy in the approach of Krio Borbor, but the POSITIVE ATTRIBUTES outweigh these negative assertions. Here are the few I weaved from this conversation:

1. Krio Borbor recognizes his privilege by making himself vulnerable. In a video he shared on January 21, 2019, Krio Borbor used words with metaphors of neo-colonialism and white privilege. However, in that same video, Krio Borbor made it clear ‘he just don’t know what’ he might do to make a difference. Which means – he is not in this country with an agenda to exploit or impose his views on us. Krio Borbor might be naive to some of his white savior complexities, but he is able to recognize them with vulnerability.

2. Krio Borbor views on Sierra Leone are from a strength perspective. I have scanned through his pictures and videos; they tend to portray the positive image of our country. His posts energize people to get involved with our country in different ways. He is in NO WAY negatively appropriating our CULTURE, but selling our COUNTRY in a positive dimension. A good number of our western-based NGOs are busy showing the negative side of our country – and this man is reversing the conversation.

3. Krio Borbor has shown humility to understand our context. The guy (Krio Borbor) has taken his genuine obsession of our country on another stretch. He has learned the language, eaten our food, hang out with our people and plug into our complicated country. He has done this with a heart of humility. You can sense his love for our place, people and patterns. He is for real!!!

Krio Borbor might be struggling with elements of white privilege (which he might not recognize), but his positives surpass the negatives. He has done a good job by staying away from our politics and pop culture. He is using social and mainstream media to develop a ‘tourism brand’ for our nation. This is something we have not done well as a people. We might disagree or agree – but don’t take one thing away from the man – he loves our country.