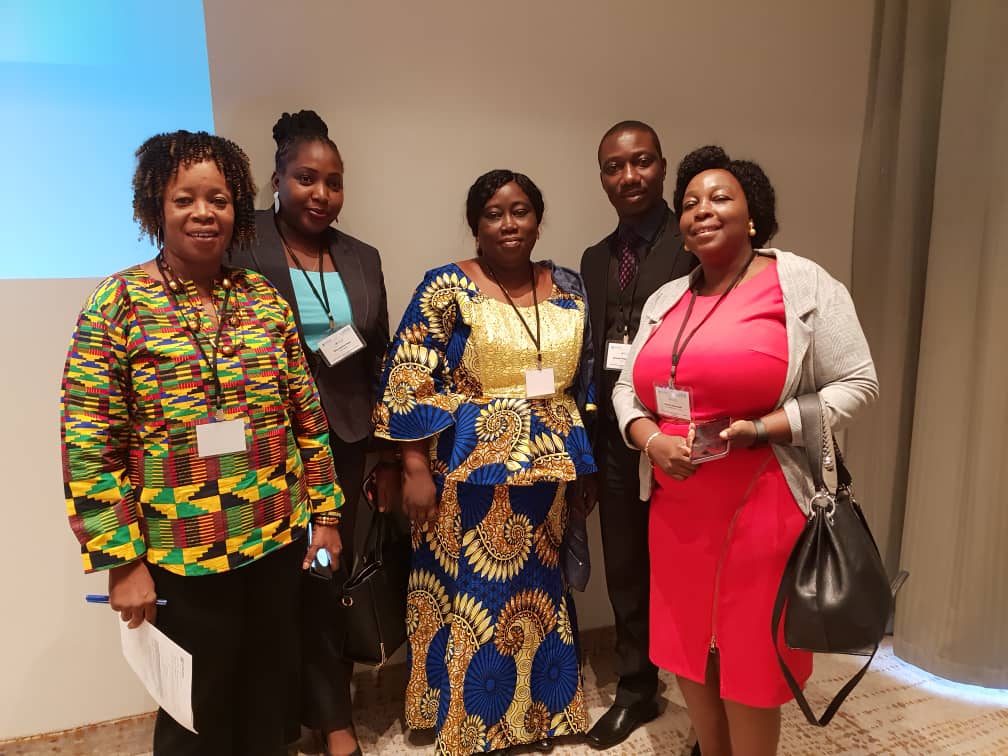 On Monday, February 11, 2019 the Executive Director of the Sierra Leone Legal Aid Board, Ms. Fatmata Claire Carlton-Hanciles presented a paper on ‘Increasing Access to Justice for women in Remote Communities through Primary Legal Aid Services’ at a two day regional workshop on improving access to justice for women in West Africa, with a focus on Sierra Leone, Liberia and Senegal.
The workshop which took place in Dakar, Senegal on February 11-12, 2019 was organized by the United Nations Office on Drugs and Crime (UNODC) and UN Women, in collaboration with the Office of the United Nations High Commissioner for Human Rights (OHCHR).
The workshop is meant to review and discuss the findings and recommendations of the assessment of the legal aid systems of Sierra Leone, Liberia and Senegal which was carried out by UNODC and UN Women in the second quarter of 2018. It is also meant to prepare a plan identifying national priorities and concrete steps that may be needed to align laws, policies and other practical measures for reform on legal aid with international standards and norms on legal aid and gender equality.
Ms. Carlton-Hanciles’s paper on Sierra Leone touched on the Legislative and policy reforms relating to women and children’s rights which she noted have been slow. She stated that the country has very old and outdated laws dating back to the 1900s when the country was under colonial rule by the British which need to be reviewed.
She added that Sierra Leone is a patriarchal society and that its culture is skewed against women. ‘The land tenure system is very problematic in the sense that women cannot own land in some parts of the country due to customary laws which are unwritten and uncodified,’ she said, adding that ‘Women cannot become chiefs in some parts of the country or inherit property. Also, Female Genital Mutilation (FGM) is still widely practiced.’
Speaking on legal aid service delivery, Ms. Carlton-Hanciles said with few lawyers outside the capital Freetown, the deployment of paralegals upcountry to provide primary legal aid services through mediation, legal empowerment, referrals and provision of information to enhance access to justice has been a huge success in expanding access to justice for women who are among the most disadvantaged in accessing the justice system.
She stated that paralegals work in all the districts in the country to monitor the delivery of the justice system to ensure their modus operandi is consistent with the law and rights are respected. In addition, she stated that they provide advice and legal assistance to those using the Local Courts, Informal Courts, Correctional Centers, Police Cells, Magistrates and High Courts.
She also spoke about establishment of satellite office called Community Advisory Bureaus and the training of partners to cater for the justice needs of members of their communities. She singled out the training of 44 members of the Western Area Council of Tribal Headmen as Paralegals in March 2017 which is meant to empower tribal heads on how to operate informal courts and their powers in terms of matters they can hear and determine and refer those outside their remit, mediation skills and assistance that could be provided to their tribe’s men and women accessing the formal justice system.
Other members of the Sierra Leone Team to the workshop comprised Ms. Olive Gooding of the Ministry of Justice, Ms. Ishmail Mammy of the Sierra Leone Bar Association, Ms. Juliet Anderson of the Civil Society Movement Sierra Leone and Ms. Baindu Massaquoi of UN Women.