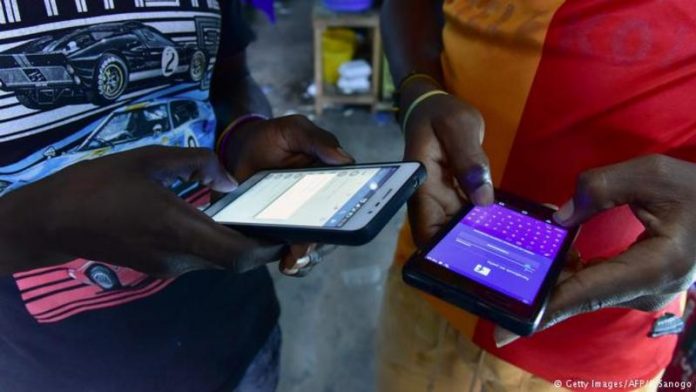 Members of the Parliamentary Oversight Committee on Information and Communications, Chaired by the Deputy Leader of Government Business, Hon.Mathew Nyuma, in engagement with senior officials of the Ministry of information was presented with the status report of the said ministry in a bid to chart the way forward on how to combat cyber crime.
Hon. Mathew Nyuma said there were lots of problems and complaints made by citizens bordering on the telecommunication companies, which has to do with drop calls and poor network among other issues, adding that the Committee has the responsibility to listen to the cry of the people they are representing and that they want to know what step has been taken by the Ministry and NATCOM to ensure that they combat the situation.
Hon. Nyuma said if there are any challenges, the Ministry should bring it to them, so that they will help them to achieve their goal, adding that the President is very keen to know about the status of the ICT and the monies given for ICT training, stressing that if there are no responses, the committee will bring in the ACC for further investigations.
Hon. Mathew Nyuma expressed dissatisfaction on the departments and agencies under the supervision of the ministry, adding that drop calls have become very alarming and they want to know about the gateway and what are the plans to combat sim box fraud, noting that the Committee will go on an oversight tour to get first-hand information.
On his part, Hon. Ibrahim Ben Kargbo said the Committee is very much interested to know the way forward for the Fiber Optic Cable and that a lot of money has been put in by the World Bank to land that cable, adding that the ministry has to work tirelessly to ensure that SALPOST and Sierratel are maintained and deliver the utmost service to the nation in comparism with other telecom companies.
Responding to the issues raised by committee members, the Permanent Secretary of the ministry said that they are ready and willing to work to ensure that cyber-crime becomes a thing of the past, adding that it is the advancement of technology that has resulted in the drop of SALPOST, but as a responsible ministry, they are working tirelessly to ensure they revamp both institutions because it is owned by the country. He concluded that the ministry will continue to work closely with the committee to ensure that they succeed in the New Direction and on the issue of drop calls; they will engage NATCOM, as they are the regulatory body for the mobile operators.