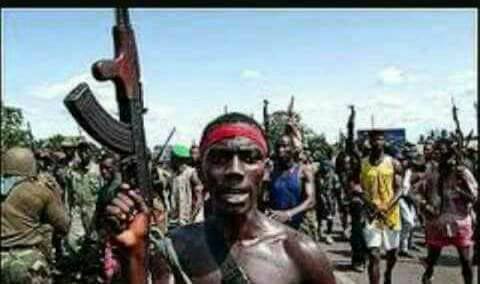 There is a school of thought that holds the view that politicians in this country are most unfortunately still very unmindful of the real causes of divisions in our society and as a result continue to germinate the same foundations that eventually led to a destructive war that spanned from 1991 to 2002.
Most frighteningly, this time, they have centred it around hatred , selfishness doing so by unwittingly fanning the flames, and much more terrifying is that they have people who listen to them and follow them.
Let our xenophobic politicians understand that incitement to hatred and genocide is a crime in itself. Sierra Leone will only prevent the killing fields of the future by heeding the lessons from past tragedies. What are these lessons and what can we do?
We should not forget the Rwanda Genocide — an unspeakable atrocity where one million Rwandans were murdered in a three-month genocidal onslaught that began April 7th, 1994. Indeed, what makes the Rwandan genocide so unspeakable was not only the horror of the genocide itself, but the fact that it was preventable. No one can say that Rwandans did not know — they knew, but did not act.
While the world vowed “Never Again” after the unprecedented horrors of the Holocaust, “Never Again” has happened again and again, symbolized in Bosnia, Rwanda and other countries. Such crimes cannot be reversed. Such failures cannot be repaired. The dead cannot be brought back to life, as we saw during our rebel war. So what can we do?”
The first and foremost lesson of the Rwandan genocide — not unlike the Holocaust — is that these genocides occurred not simply because of the machinery of death, but also because of state-sanctioned incitement to hate. Indeed, as the case law of the Rwandan genocide demonstrates, the acts of genocide were preceded by — and anchored in — an orchestrated dehumanization and demonization of the minority , invoking also epidemiological metaphors as prologue to — and justification for — their extermination.
The Holocaust did not begin in the gas chambers — it began with words. It is this teaching of contempt — this demonizing of the “other’ — this is where it all begins.
The second lesson, dramatized by the Rwandan genocide, is the danger of indifference and the consequences of inaction. For the Rwandan genocide occurred not only because of the state-sanctioned culture of hate, but because of crimes of indifferences and conspiracies of silence.
One has only to read the witness testimony on Rwanda in Philip Gourevitch’s book entitled, “We Wish to Inform You That Tomorrow We Will Be Killed with Our Families”; or Gerry Caplan’s searing indictment in his book on The Preventable Genocide; or Leave None to Tell the Story: The Genocide in Rwanda published by Human Rights Watch, to understand not only the horror of this genocide — conveyed so movingly by survivors like Esther Mujawago-Keiner — but that it was the complicity of the international community — that made this genocide possible. As the UN Security Council dithered and delayed, Rwandans died.
The third lesson is the danger of a culture of impunity that repeatedly emboldens those intent on committing mass atrocities and genocide. Indeed, if the last century — symbolized by the Holocaust and the genocide in Rwanda — was the age of atrocity, it was also the age of impunity. Few of the perpetrators were brought to justice. Just as there must be no sanctuary for hate, no refuge for bigotry, there must be no base or sanctuary for the enemies of humankind.
The fourth lesson is the danger of assaults on the most vulnerable in society. The Holocaust and the Rwandan genocide occurred not only because of the vulnerability of the powerless, but also because of the powerlessness of the vulnerable. In mass atrocities, it is often the most vulnerable of the vulnerable — the brutalized children, women victimized by massive sexual violence, fleeing refugees — who are the first targets of oppression and violence.
May the Rwandan genocide — and other genocides be an occasion not only for remembrance, but to learn the lessons of the crime whose name we should even shudder to mention.