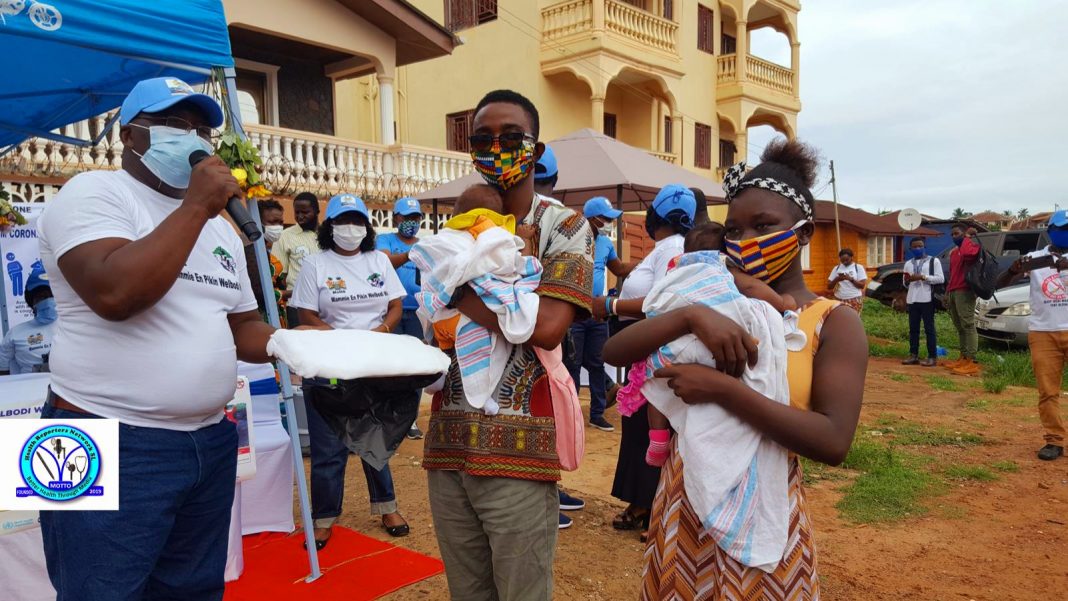 House to House family sensitization drives on Covid-19 prevention as well as the mass distribution campaign of treated bed nets are underway in the Western Area of Sierra Leone. It is on record that the Western area is the hardest hit by the current COVID-19 and because of that the distribution of treated bed nets was delayed according to the Program Manager of the Malaria Control Program, Alhaji S. Turay.

During an impressive ceremony, held at the Aberdeen Community Centre in Freetown on the 19th June 2020, the official launch of the Integrated LLIN Mass Distribution Campaign and House to House Family Sensitization on COVID-19 Prevention for Western Area took place.

He disclosed that the campaign which started on Friday 19th June will end on the 28th June 2020.

Representing the United Nations Country Team, Head of the World Health Organization, Evans Liyosi spoke about the huge progress many countries have made in the malaria fight while some are still struggling but appreciate what is being done so far in Sierra Leone.

He said he was so impressed about the work done so far after he moved with the team across the country to see what they have been doing.

He continued by stating how  they must work together to ensure that they have 100% distribution of the bed nets and disclosed that 38% of all out patients suffered from malaria, while they lose about 50 to 100 people every week to malaria.

He encouraged his audience to take all the necessary measures for malaria as they are doing for COVID-19.

PMI/USAID Chief of Party, Kwabena  Larbi said PMI is one arm of the U.S. Government to help countries reduce malaria just like they did for HIV/HIDS.

He disclosed that they have 24 countries in Africa that are receiving special support from the U.S. Government. He pointed out that since 2017; PMI has been working with Sierra Leone Health Ministry.

He said the economic impact is the most important aspect of malaria and that as a result of that, one can’t get to work; children can’t attend school among others. “If malaria keeps affecting our children they may not go to school and remember the future lies in education. We are here with you.”

He said they have also joined hands to fight COVID-19 with the Government and called on all to join hands especially the men to stand by their wives to defeat malaria and COVID-19.

Deputy Mayor of the Freetown City Council Osman Tolo Koroma pointed out that treated bed net is not a new thing in the country. From the Health experts report 40% of the population suffer from malaria.

This, the deputy Mayor said is very challenging but if one sleeps under treated bed net, that person would not have malaria. Deputy Minister of Health and Sanitation 1, Anthony Augustine Sandi expressed happiness about the turnout.

He admonished the mothers to make the best use of the treated bed net because the children are the future leaders.
He pointed out that Government cannot do it alone but because they have partners that is the reason why the distribution is possible.

According to the 2019 World Malaria report, malaria is a widespread pandemic disease that caused over 400,000 deaths globally in 2018. Malaria is a burden disease in Sub-Saharan Africa and 70% of the population is vulnerable especially pregnant women and children under five.

It is slated that 4.6 million bed nets will be distributed at the end of the project. The team determines to reach not only the targeted operation but also the hard to reach areas.