Chairman of the Transparency and Accountability Committee (TAC) in Parliament, Hon. Festus Mohamed Lansana has heaped praises on Bo City Council for coming out clean on its oversight function for verification.

The administrators of both councils mentioned above were detained by the committee for breaching Sections 107/108 of the Local Government Act of 2004 and Perjury (lying under oath).

They impeded the work of Parliament by failing to instruct devolved sector deals to make available documents to the Committee. However, after spending hours in detention, they were later released and cautioned to rectify the problems and present all necessary documents requested by the Committee on Transparency and Accountability.

The Acting Chairman promised that the ACC may be around next time to support the work of the TAC and in executing their duties.

According to the Chairman of the Parliamentary Oversight Committee on Transparency and Accountability, Hon. Mohamed Lansana, Section 107/108 of the 2004 Local Government Act states that the Chief Administrator should publish monthly financial statements, yearly income and expenditure, inventory of assets, bye-laws on taxes and fees, minutes of monthly meetings and development plan which the CAs of Kenema City Council, Kailahun District, Kono District and Kambia District Councils failed to do.

Hon. Lansana added that CAs of the above mentioned councils failed to comply with the said provisions and for contempt of Parliament pursuant to Section 95 of the 1991 Constitution of Sierra Leone.

Following the summons, the Bo City Council under the supervision of Dr. Edward Alpha presented all relevant documents to the Committee that were demanded like financial statements, documents on expenditure, charge of contracts, and the daily running of the Council. 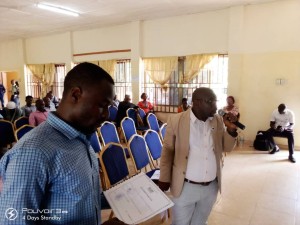 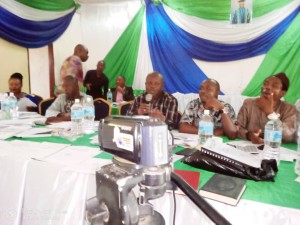