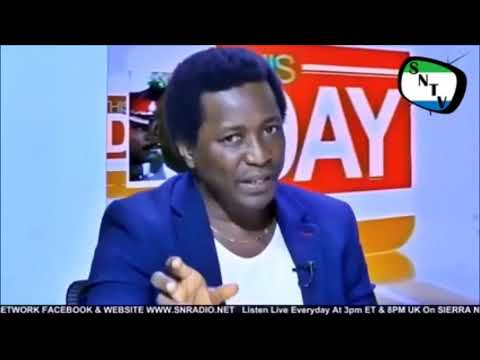 In the wake of a slight increase in the pump price of fuel the Native Consortium and Research Centre (NCRC) states that it has noted the proportionate increment in the pump price of fuel from Le 8,500 to Le 9,000 per litre.  According to them based on calculation, the slight increase is proportionate stating how the hike did not go according to how some of the players within the cartel were pushing for it to hike to Le 10,000 or Le 12,000 per litre.

The organization ,however, expressed  a little disappointment over the  marginal increment in the transport fare (pole to pole) for instance Le 1,500 to Le 1,600 in the town service and provincial distances.

It furthered that Sierra Leoneans are no longer used to coins in Freetown and they suspect that the unavailability of coins in the Central Bank will create a huge embarrassment between Passengers and Drivers.

Moreover, the NCRC noted that there is no pricing schedule for  sea transport and boats and other short distances eg from Bo to Kenema, from Yargoi Jetty to Bonthe , from Kissy Ferry terminal to Lungi, Kabala/Kono to Makeni, and they presume prices by Keke Riders and Motor Bike (Okada Riders) remains the same. This has the tendency for Drivers/Boat Owners, Keke, Okada Riders to exploit passengers, according to the organisation.

They stated that inasmuch as this new price schedule will restore sanity in the transport fare and deter hoarding, they are of the firm conviction that the Transport Ministry would have used much more tactful bargaining chip like strong commitment to put an end to the Police harassment on drivers, taking bribes according to drivers that they engaged.

Members of the organization are reminding the Government that their primary advocacy focus is not the fuel product but the pass through effect it has on transport fare and the corresponding effect it has on rise in price of basic commodities that affects the common man.

It continued that in twenty (20) months there has been 4 major changes in price simply because the Trade Ministry and the Petroleum Regulatory Unit (PRA) have failed to think out of the box but rather use cosmetic solutions, which will not  deter the calculated ploy by the Oil marketers to take the nation hostage  with a continuous cocktail of artificial scarcity scheme. It iterates foreseeing more scarcity if the Government fails to act.

The organization urged all their focal persons in Bo, Makeni , Freetown and Kenema to tentatively  discontinue their planned protest nationwide.

Having said that, NCRC says it is registering their dissatisfaction over the position taken by the Motor Drivers Union on the increment of fares for commuters traversing the provinces. It states that immediately after the announcement of pump prices of fuel they engaged the leadership of Motor Drivers Union and they were assured that transport fares will remain as they were. “To our dismay, this was not done and their stance during the negotiations and the issuance of the new price list left them a little disappointed,” they underscored.

However, they maintain their courage of conviction in their prescriptions to avoid untold hardship on the people which are as follows:

They concluded by stating how they would not end the release without thanking the SLBC (Morning Coffee Team), AYV Media empire, Star TV and Radio, Culture Radio, SKYY radio, FTN and Radio, Radio outlets in Makeni, Concord Times Newspaper and a host of other media networks who helped in amplifying their  position.