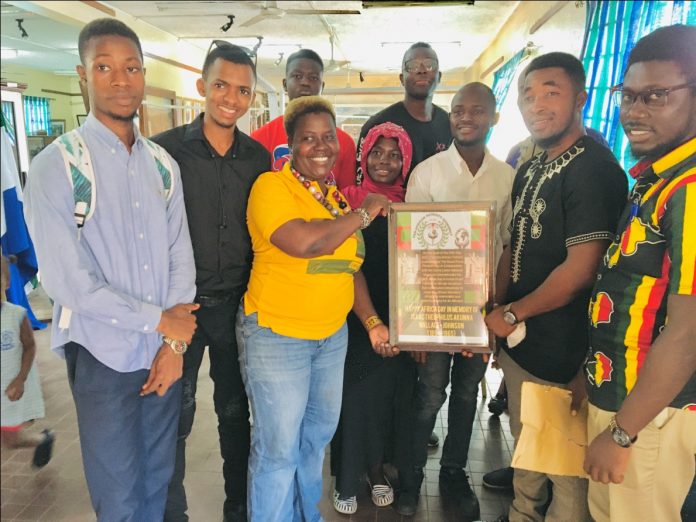 In commemoration of African Day and in Loving memory of one of the pioneers of  the Pan-African Patriots, Isaac Theophilus Akunna Wallace Johnson, the Pan-African Patriot Assembly and the Black Purse Philanthropy, in collaboration with the Sierra Leone National Museum, has on Tuesday 25th May, 2021 commemorated the 58th African Day in honor of their fallen Pan-African Ancestors that contributed immensely to make the African Liberation struggle a memorable and enduring legacy for all Africans. The event took place at the Sierra Leone National Museum on Siaka Stevens in Freetown.

In his statement, the Founder/Chief Executive Officer of the Pan-African Patriot Assembly, Trixx Mitch Med Hazzeezz, noted that they are celebrating African Day with heavy heart because there is nothing to write home about the African day in terms of African liberation, adding that Africans are not fully liberated.

He further disclosed that they decided to choose the museum to commemorate the day rather than choosing the beach, because it is a historical venue maintaining how they are joining their ancestors and asking for their spirit to continue to guide them until the fulfillment of their blue print.

He past heroes and heroine did all what they could do in terms of liberation but there was so much neglect by past generations and maybe all generations are not paying attention to things that are really relevant to the freedom of Africans.

He continued that they intend to make a difference wherein the Pan-African Patriot Assembly are effecting visible signs and actions that can be followed by coming generations.

Trixx underscored that for their first time in the history, people can read Pan-African languages across Freetown as they have erected signs posts in specific areas within the Freetown municipality, noting that the Pan-African Patriotism has gone as far as Bo, Kabala, Kono, Kenema, and Moyamba as they are trying as much as they can to have Pan-Africa languages right across the country for the first in history in Sierra Leone.

In conclusion, he said they are very committed to ensure that they are pursing their mandate as an organization in order to ensure that Pan-Africa languages reached the four corners of the country.

The event was climaxed by the presentation of the portrait of Isaac Theophilus Akunna Wallace Johnson to the Sierra Leone National Museum which was received by Head of Education, Mrs. Oliver.