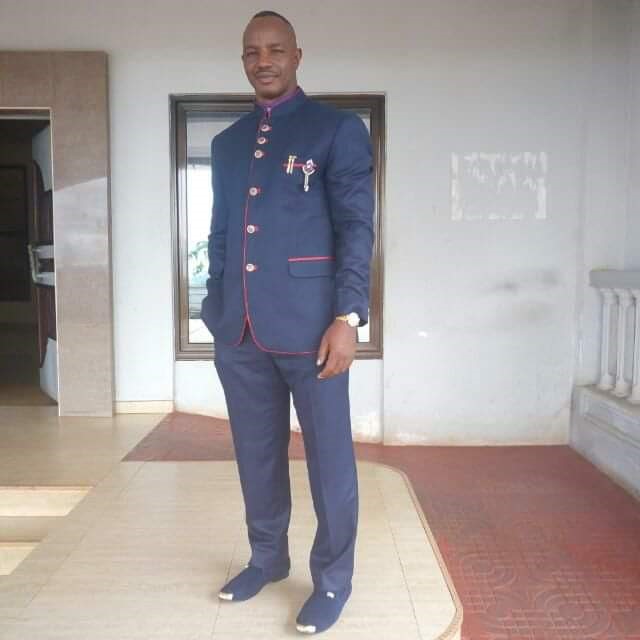 “By working to strengthen the rule of law, we are striving to help countries to recover from conflict and violence, and to establish peace which is underpinned and reinforced by sustainable development” and it can be said that “the rule of law is uniquely central to all three pillars of the UN’s mandate – human rights, peace and security, and development” (Helen Clark).

State fragility, intra-state conflict, political violence and instability it could be argued, are the key challenges facing the developing world in the contemporary era. There is an increasing consensus amongst International Relationists, Political Commentators and Security Experts that conventional intercessions are no longer feasible in solving the copious and profuse challenges in fragile States. Therefore, one will suggest that innovative approaches schemed to promoting development and humanitarian actions are required if we are to succeed in our twin approach in maintaining stability and fostering development in Sierra Leone.

There is growing recognition if not absolute unanimity in the 21st Century that development and security are not only interconnected but reciprocally reinforcing and it can be said that they are both central to the advancement of Sierra Leone. It is thus ostensible to maintain that the relationship between fragility, stability and development is far more complex than is often imagined or perceived. The significance of security within the discourse of development, democracy and prosperity need to be meticulously understood and extrapolated by policy makers, politicians and the masses alike.

In many fragile States around the globe, the solicitous concern is the distribution of power and wealth between different groups and individuals and or parties. Without entirely contesting this view point, it’s apt to interrogate thus; if the distribution of power and wealth is considered a prime concern, then what about the processes that create, sustain and transform these relationships? For this reason, it is prudent the State re-examine quiescent policies while innovative and ground-breaking ones are instituted to bolster the interest of citizens and investors alike as we continue to match international best standards.

Whiles addressing fragility has become a leading priority for the international community, [as a nation] now is the time to rise to the most important and difficult challenge of all – succeeding in practice by consolidating national cohesion. Having said that and as we envisage and visualise the prospect of a brighter Sierra Leone, it remains virtually realistic and accurate that without stability, there can be no sustainable development in Sierra Leone. This is an obvious and realistic fact that can’t be cognitively contested in that, stability and development are mutually reinforcing. The discursive approach about stability it can be said, should be multi-dimensional and multi-faceted; hence if skewed to political stability alone, then it will be logically and practically impossible to divulge indispensible facts that are fundamental in understanding the nexus between development and stability.

In a post-conflict and fragile State like Sierra Leone, it is natural if not quite archetypical for people to understand and discuss stability from a political stand point. There is however a caveat in this assertion hence the decade long instability in Sierra Leone that halted development and degenerated generations yet unborn was hypothetically premised on political dissatisfaction. Arguably for this reason, whenever we discuss stability, the first thing that comes to mind is political [in]stability. To contextualise and effectively underpin this assertion, the mismanagement of the late 1970’s, coupled with the eco-social hierarchisation of the society in the entire 1980’s, anchored on biased and skewed distribution of the nation’s wealth, punctuated by discernible injustice – led to a decade long “all-out war” in the dawn of the 1990’s that brought misery and glum to Sierra Leone during the civil conflict.

This succinct but illuminating analysis demonstrates how the relationship between fragility, security and development plays out in practice and how they depend on the economic context and good governance of the State. Accordingly, it can be said that the hard earned peace and stability at hand shouldn’t be ephemeral but rather perpetual – hence perpetual peace is what we fought for and we have the opportunity and absolute responsibility to maintain and sustain the peace and say “never again” to war in Sierra Leone. Eco-political analyses can be constructive and valuable in garnering an understanding of the context [within Sierra Leone], in order to be able to better adapt and tailor policies and programmes that can propel development.

In light of this therefore, our sense of nationalism and patriotism must transcend infinitesimal, parochial, individualistic and egoistic mindset – which it can be said will only stagnate if not essentially retrogress Sierra Leone. Politicking and politicisation of issues on one hand coalesced with socially constructed threats with combustible speech act on the other, could lead to representation of danger there by derailing development and effectively threaten our stability. It is worth noting that, we can only flourish in the atmosphere of peace, stability and tranquillity.

In conclusion, it is judicious to apprehend that conflict prevention, resolution and management should be taken into firm consideration so that as a nation we can succeed in our developmental aspirations. Let peace and stability be the instrument to achieving national cohesion and development in Sierra Leone because there isn’t any constructive alternative approach. The fundamental catalysts for sustainable peace and stability are among others; rule of law and justice, good governance, social cohesion and economic sustainability. These crucial issues should be brought to the fore of the government of Sierra Leone – hence peace, stability and development are the tripartite instruments that will enable us succeed as a nation. Peace and security is an unequivocal indispensable dynamic of human existence. A peaceful and secure environment is crucial to every society since it affect all aspects of economic and social development in a country and is a necessary sin-qua non to the realisation of human rights. No country can develop economically without peaceful coexistence among its people and within its borders. The fastest growing nations are among those with best security architecture and having peace and tranquillity thriving within them. Is this a tall order for Sierra Leoneans? Definitely not – because we treasure peace and we desire development.