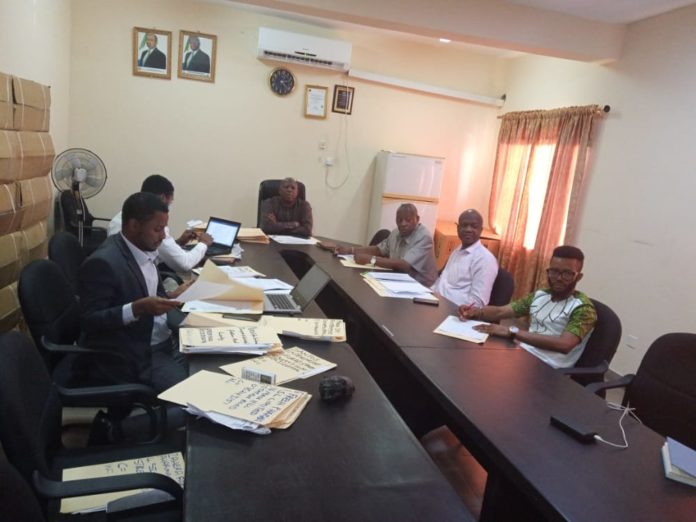 Acting Registrar of the Pharmacy Board of Sierra Leone (PBSL), Dr James P. Komeh, has warned Pharmaceutical premises that his institution’s Inspection Team is in readiness to shut down any Pharmacy that would be without its professionals at the time of inspection.

He issued out that warning on different occasions during the Board’s 2022 First Quarter Application Committee and Adhoc Tax Force Meetings where about 94 applicants intending to open pharmaceutical premises were interviewed in the Western Area, Southern and Eastern provinces respectively.

Dr Komeh said as an Agency, they have realized that most professionals signing for Pharmaceutical premises are in the habit of not staying at the said premises which is illegal, dangerous and unacceptable, as such, be informed that their Inspectors have been instructed to close any Drugstore and Pharmacy outlet where the professional is absent at the time of inspection and the Proprietors would as well risk having their licenses withdrawn.

He continued that there are certain classes of medicines that should only be dispensed by professionals, which is why the institution would never grant licenses to applicants for Pharmacies and Drugstores  without proving beyond reasonable doubt that the professional’s requirements is being fulfilled by the intending Proprietors.

Dr. Komeh explained the classes of medicines that are to be sold by Patent Shops and Drugstores and warned that punitive measures including retrieval of medicines, invitation to the PBSL’s Disciplinary Committee, closure of premises and withdrawal of licenses would be instituted against outlets that would be found selling drugs that they are not authorized to sell.

The Secretaries of the Ad-hoc Task Force, who double as the Officers-In Charge of PBSL Branch Offices, in the above Regions updated Dr. Komeh on activities that were undertaken in the last three months ranging from routine inspections, peddler raids, drug audits , suitability inspection, amongst others. They also highlighted challenges that they faced in the course of their duties and entreated him to see the need of combating same.

In response, Dr. Komeh appreciated their work and updated them on the successes and challenges of the Agency in this first quarter of the 2022 financial year. Among other things, he announced that PBSL had secured three vehicles that they would be used for its activities, adding that plans were on the way to assign some vehicles to its Branch Offices in the Regions where there are challenges with vehicles. He stated that most of the challenges that they highlighted were also similar to those at the headquarter but he urged them to continue their good work while the Agency strives to look into some of them.

A range of issues were discussed in the three Regions bordering around pharmacy regulations and the need to increase public access to quality and efficacious medicines.