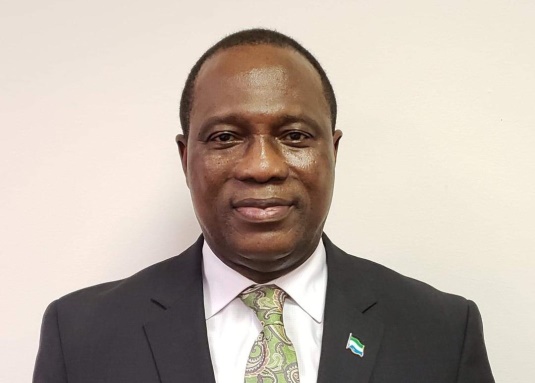 The summit’s objective is to mobilize political and financial momentum to advance the ICPD agenda, indispensable in achieving the 2030 Agenda on Sustainable Development, in particular, around harnessing demographic dividend, reducing maternal and child mortality and eradicating gender violence.

Yesterday, 12th November, Minister Kai-Kai participated in a signing session on Financing that is required to complete the ICPD Program of Action, and to sustain the gains made. This session will discuss how community members, stakeholders and political leaders can scale up successful interventions and lock in the financial investments needed to meet this goal.

The Minister also delivered a statement during the ICPD25 Conference where he presented Sierra Leone’s commitment to the attendant challenges of the country’s growing population and in development.

The Summit, which is co-convened under the auspices of the Governments of the Republic of Kenya, the Kingdom of Denmark and the United Nations Population Fund (UNFPA), marks the 25th anniversary on the adoption of the landmark Program of Action of the International Conference on Population and Development by 179 Governments in Cairo, Egypt 1994.

The delegation also includes, Minister of Youths, Representatives from UNFPA Sierra Leone, Member of Parliament, Youth and Physically Challenged, CSO’s and Vicky the Poet among many others.