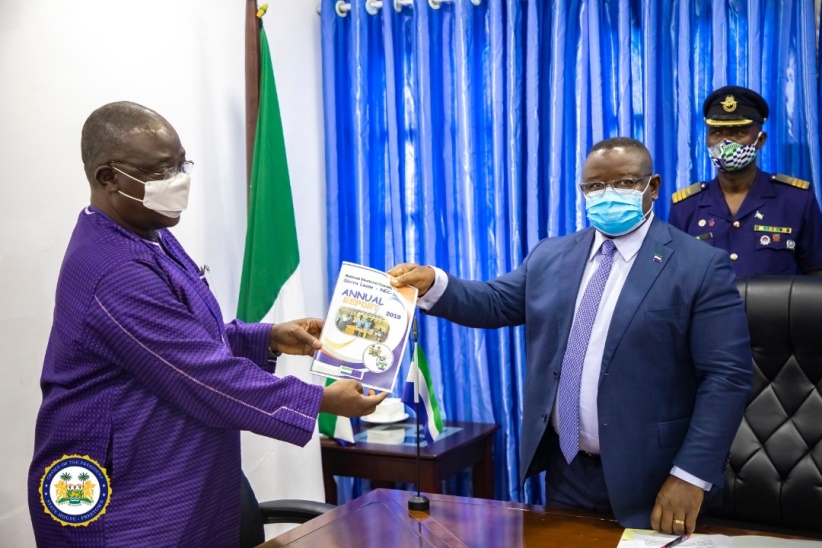 At State House on Monday 13 July 2020 the National Electoral Commission (NEC) presented its 2019 Annual Report to  President Julius Maada Bio in line with Section 33 (12) of the 1991 Constitution of Sierra Leone.

He also thanked the Government for its financial support to the Commission, saying that as a result they were able to conduct all elections during the period under review. He also noted Government’s support for the commencement of the implementation of the construction of regional offices in Bo and Kenema and the construction of a perimeter fence in Bombali.

“The Commission reiterates its commitment in strengthening collaboration and greater engagement with Government, international partners and key stakeholders for the conduct of credible and transparent elections that meet international standards and the expectations of the people of Sierra Leone,” he said.

He also welcomed the progress the Commission had made so far by paying specific attention to gender and disability issues as key pillars in their various initiatives. He added that they wanted to make the process inclusive at all times because of their commitment to inclusive development. He also assured that Government would continue to endeavor to make sure that adequate funding is given to financing the activities of the Commission and implored them to continue to do their best to provide the stability needed for development.