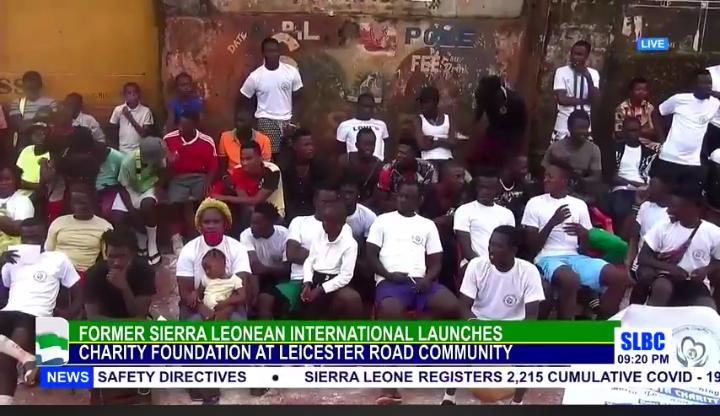 John Dumbuya, a professional footballer based in the United States, has in absentia launched a Charity Foundation at Leicester Road on the 25th September, 2020 during a well-attended ceremony.

In his statement he narrated how John’s emotion was stimulated owing to the deplorable condition of the community which is suffering from water facility, good roads and other amenities.

He mentioned that most of the children in the community are not attending school even though the Government has instituted free quality education, and as such John’s passion was driven towards those deficiencies in society. Prior to the launching, a friendly football match was played between Pole Warriors vs Kashu Farm Strikers of Leicester road, with the latter emerging victorious by 3 goals to 1.

A donation of Twenty Million Leones (Le 20,000.000) was made for the Muslim and Christian faith and pouring of libation was conducted by Chief Pa Alimamy Conteh.

It could be recalled that sometime last month John Dumbuya donated Forty Million Leones (Le 40,000.000.00) in cash for the construction of Water wells in the community.

The jubilant community was overwhelmed with the aid and benefits that have come to characterize the inspiration of the John Dumbuya Charity Foundation. 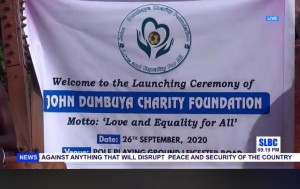