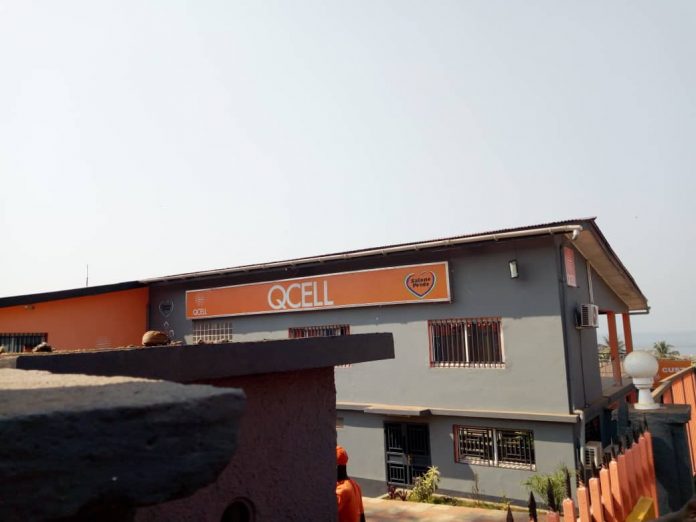 The latest telecommunication company, QCELL, which, with his entry, has raised expectations from various quarters to be one of the best that will outwit others like Africell and Orange has turned out to be a big disappointment at this initial stage of its operations. Many are now having second thoughts about the effectiveness of QCELLl in terms of offering sound telecommunication services.
Frustrated subscribers of the company have bitterly complained that though the company’s internet service is on and initially was speedy but it now very slow. Again, various attempts made to connect to whatsapp have been quite impossible. What is rather queer is the fact that there are certain QCELL numbers that have been connected to whatsapp wereas others get the reply from the company that certain numbers are not recognized, meaning they cannot access whatsapp. The other bizarre thing is that whenever Customer Service is contacted on 111 they always promise that they will respond but such never transpires.
An embittered subscriber,Sallu Kamara, put to us this bitter complaint and at the same time proffered a recommendation or suggestion : “The proclaimed savior ( Qcell ) internet is now slow, very very slow, I have called several times to complain but yielded no fruits. Why don’t they stop the selling of sim for now and do monitoring and evaluation of the customers to see if it can take more? It is now taking me more than 5 minutes to open a status, 10 minutes to open Facebook and YouTube is now a MESS. I live here in Freetown (around Siaka Steven Street) so they should not tell me the network is not good here.”
In a bid to get the Management of QCELL to comment on the following aforementioned inadequacies or lapses a battery of journalists went to the company’s headquarter on Cockrill North, Wilkinson road, where it was discovered that even though there is a reception but shockingly were informed that they don’t have a receptionist. There were only security guards at the gate but they were very arrogant and rude in responding to questions that were put to them. The action of the Press men was not at all surreptitious as they identified themselves, displaying their identification cards, but that did not remedy the rude attitude caustically unleased by the security guards.
Getting in touch with the Administrative Manager of QCELL, one Michaela Mackintosh, via the phone she informed the journalists that she is out of the office but she faithfully promised that someone will talk to them. The journalists waited patiently for up to three hours without being contacted. It was at that time the journalists again contacted Michaela but this time around she responded that unfortunately nobody will talk to them as the entire staff were engaged in a meeting. What was so baffling is the fact that how could an entire staff be engaged in a meeting for over three hours without a receptionist or any personnel to attend to visitors?
An outstanding Social Commentator, James Andrew, opined during a privilege conversation that QCELL should not give the flimsy excuse that both their network or system is not properly in place and they are trying to fix it up. “They should have ensured that everything is intact before they commenced operation in the country,” he firmly maintained adding that the National Telecommunications Commission (NATCOM) must be very mindful of these shortcomings and execute the appropriate monitoring steps.
In a vox-pox conducted it came out clearly that most people are not impressed with this initial way QCELL l has started its operations calling for improved service delivery but frankly stated that for now QCELL is a “Gam” or a mess.
When we called Customer Care on 111 and raised the issues the response we received was that the company is having some technical hitches but they are working on it.